I don’t know what’s wrong with me. Wait—I take that back. I do know what’s wrong. I have a horrible weakness I can’t overcome. Several things in life beckon me—clothes, shoes, jewelry, sparkly things, cats, and chips (not necessarily in that order). I love the beach, a good vacation in a relaxing low-key setting, and I love…

It’s a disease. I know it is. This past weekend DH and I had some errands to run that placed us near the local brick-and-mortar bookstore. If I read a book a day for the next year I still wouldn’t be caught up with my gargantuan TBR, but the siren call reeled me in—books upon books upon books. Keep in mind, I already had my next several reads lined up in a queue on my Kindle, a few of those titles I’ve been anticipating for some time. So what did I do?

Did I need to buy these books? Of course not.

Darn if I didn’t get hooked by the titles and the blurbs. Suddenly, both have found their way to the top of my TBR, shuffling my already queued up reads farther back.

Why do we do this? I know I am not the only bibliophile out there. No matter how many books we have, it’s never enough. And no matter how geared up we are for the next read in our queue, it’s easy for something pop out of the blue and take its place. There are days I wish I could do nothing but read. For now, I’ll continue to juggle my reading life with my writing life.

And be sucked in by bookstores and libraries whenever I pass.

Spill your guts. You do the same thing, right? 😀

Happy Last Day of November. Whew! In a little over a month, we’ll be looking at the start of a brand-new year.

Fresh starts are always great. We set out to achieve new goals and break old habits. When it comes to writing, a fresh start—i.e, a new manuscript—falls somewhere between euphoria and frustration for me.

I love beginning a new book.
There are character names to decide, backgrounds to construct, settings to create, and plot bunnies to round up.

I hate beginning a new book.
There are character names to decide, backgrounds to construct, settings to create, and plot bunnies to round up.

Getting the picture? Euphoria and frustration.

I’m currently constructing book two of my Hode’s Hill series. The original plan for this novel was to tie in the life of a carnival sideshow performer of the late 1800s (think freakshow). What can I say—I like odd. I even spent a good deal of time on research.

It was only after I finished book one of the series, Cusp of Night, that I saw too much similarity in theme. Since I didn’t want End of Day to appear repetitious, I scratched the idea and came up with a new one that utilizes old legends of Church Grims and Folk Memories.

Great, right? I was jazzed about the change until I wrote the opening. I read it through once and thought it was crap. Not the power passage I was looking for to start a new book. It left me feeling like this…

Sulking, I avoided the file for three days before I opened it again. Guess what? Everyone says wait and read with fresh eyes. My beginning needed a few tweaks to spruce it up, but they were minor when I put everything in perspective. Frustration gave way to euphoria. 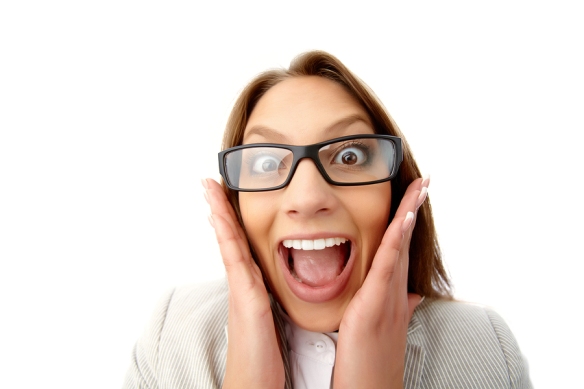 It’s made me realize that as much as I love dreaming up a new project, sitting down and writing the first few scenes is the hardest part of the novel. At least, for me. I second guess everything—and I do mean everything. From the strength of the opening scene to the way my characters behave—to the segues between scenes and chapters, I drive myself batty. I don’t think I truly get comfortable until I’m at least halfway through the manuscript.

As an example, I wrote half of Cusp of Night feeling disconnected from my main character, Hannah Norfolk. It took me that long to realize she needed a stronger background, and the name “Hannah” didn’t fit her. Once she became Maya Sinclair and I beefed up her history, she started to write herself. Of course, those changes—especially her personal background—meant altering earlier chapters and a major plot thread. It’s a good thing I have an understanding and adaptable critique partner (thank you, Staci!).

For now, I’m in euphoria-mode again. I like my beginning, I have direction, and things are going well. I know it’s only a matter of time until frustration rears its ugly head, but I’ll ride this wave for as long as I can.

How about you? What aspects of working on a new project do you find the most maddening? What inspires moments of sheer bliss? Am I the only one who waffles between euphoria and frustration, or is it simply the norm for a writer’s life?