I’ve been meaning to share this story for a while now. Let me roll back the clock to early July . . .

When your refrigerator doesn’t work, what do you do? Tweet, of course!

But the saga starts earlier than that. In September 2017 my husband and I remodeled our kitchen. We did a complete gut and redo, opening it up to what used to be the dining room. See those wires hanging from the ceiling in the photo below? There used to be a wall there (and yes, Raven had to nose in on the action). 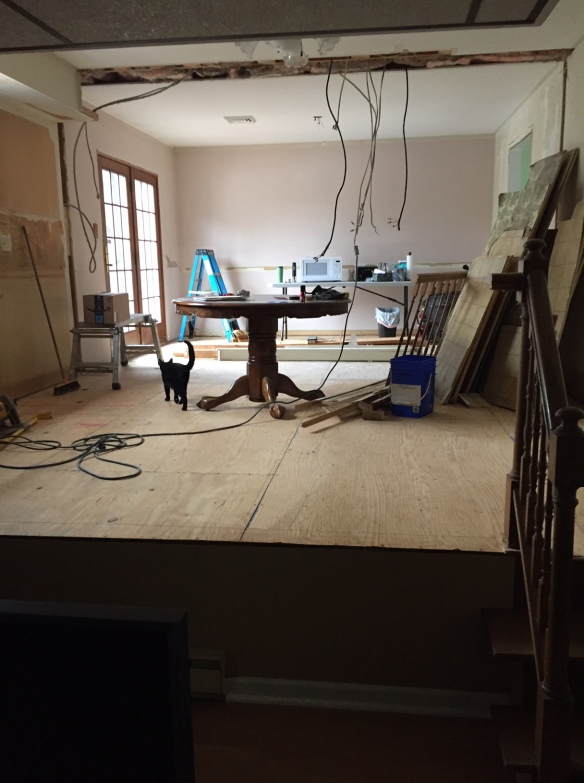 Six weeks of construction was miserable, but when all was said and done, we had a new kitchen complete with a full appliance package from LG—stove, refrigerator, microwave, dishwasher. 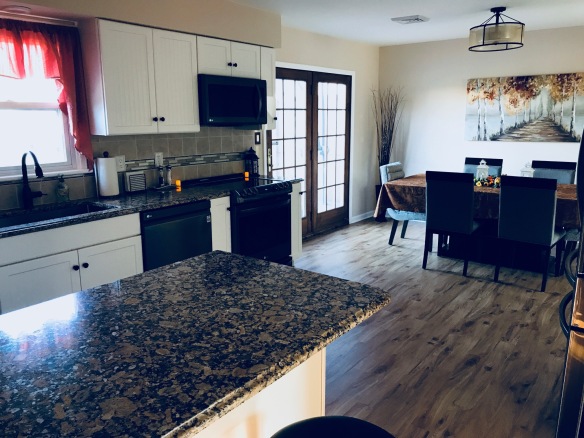 The French door refrigerator came loaded with bells and whistles, including a door-within-a-door, multi-use drawer, and a deep freezer with multiple trays. Because of the size, the delivery guys had to remove the doors to get it into the house. We’d never bought LG before, but were sold on the features. 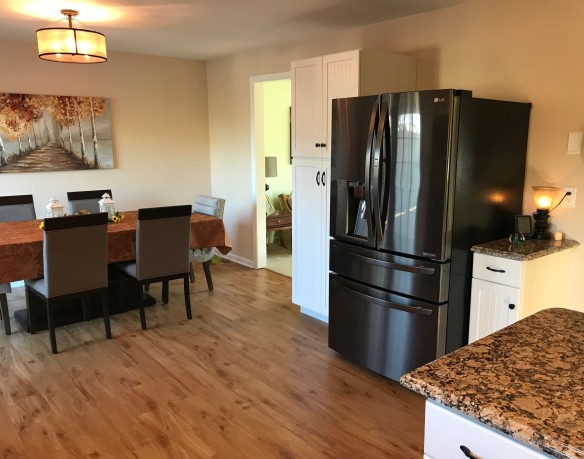 I was really pleased with our purchase until the morning of July 3rd  of this year, when I opened the freezer and realized it was defrosting. My husband and I scrambled to move everything into the garage where we have a spare refrigerator/freezer. Unfortunately, not everything fit in the smaller freezer, and some things were too far gone. After trying to figure out what went wrong ourselves, I found a number for LG online and DH called. They had him do several diagnostic tests, but nothing worked.That meant calling in a service technician. Again, I went online and found a local appliance vendor who worked on LG products.

On July 5th a tech arrived and spent over an hour trying to solve the problem. He finally had to call LG. More diagnostic tests with the end result being the control panel had to be replaced. LG warrants the compressor on their refrigerators for ten years, but everything else is one year only—unless you buy an extended warranty.

Of course, we didn’t.

Let’s not forget this refrigerator, which cost a sizable chunk of change, isn’t even two years old. DH and I were aggravated but figured paying a $350 repair bill was better than buying a new refrigerator. The control panel wasn’t in stock—naturally—so we had to wait for a return visit from the technician.

On July 10th, he installed the new panel, and…nothing. After more poking, prodding, and trying to figure out what was wrong, he thought it might need a new motherboard. Might.

He couldn’t guarantee that was the problem. He also thought the freezer could need a new fan, but wouldn’t know until he replaced the motherboard so the two could “talk.” Sigh. Remember when refrigerators didn’t need a computer brain to operate?

Naturally, the motherboard had to be ordered (apparently stocking parts no longer makes sense). If, after the motherboard was installed, and the freezer still wouldn’t cool, he’d order a fan. At this point, he asked how far we wanted to go with ordering and replacing parts. We didn’t have to pay for the control panel. Since that wasn’t the issue, that part was going back. The new motherboard would run in the area of $450 to $500, and then, of course, there was the potential it wouldn’t work anyway.

We told him to order the part.

Meanwhile, frustration got the better of me. On July 15th, aggravated at not having had a working fridge for over two weeks, and ticked that this very pricey appliance hadn’t even lasted twenty-four months, I took to Twitter with a single tweet:

So disappointed in my state-of-the-art French door refrigerator by @LGUS. Not even 2 years old & motherboard has failed, freezer doesn’t work, 2 repair calls & techs are struggling to fix it. Waiting yet again for another part. So frustrated I got a lemon!

In less than 2 hours I had this reply:

So sorry to see this. Please send a private message, and we’ll be more than happy to look into this.

Did I DM? Darn, right! I love the power of Twitter!

LG hopped to it, said they’d send one of their techs at no charge, despite the refrigerator being out of warranty. Two days later the guy showed up, took one look at the size of the behemoth and asked, “Did they have to remove the doors when they delivered this?”

Yep, they sure did. So, Mr. tech checked a small compartment at the top of the left door to discover a wire connection popped loose. Apparently, when the delivery guys reattached the doors, they didn’t set the connection firmly. Over time, from opening and closing the door, it jiggled loose and couldn’t communicate with the panel which controlled the temperature in the freezer. Not even in the house five minutes and the LG tech solved our problem!

He spent a lot of time with us, went over tips and tricks and showed us all manner of little things we wouldn’t have known about the refrigerator. This man had a PhD in LG! I can’t tell you how pleased I was with LG. And yes, I did DM to thank them.

Here’s the thing: if I hadn’t made that tweet, we probably would have continued replacing parts with the first company, never getting to the bottom of the problem, and possibly having to purchase a new refrigerator. Companies are brand conscious. They monitor their handles and hashtags to see what others are saying about them. No one wants a flurry of negative tweets aimed at their brand. If I doubted LG, I’m now in love with the brand. I’m also in love with Twitter (though I always have always been).

Even my husband, who never uses social media, now recognizes the power of a single tweet. Best of all—I have a working refrigerator again!

51 thoughts on “The Saga of a Refrigerator”