It’s been hot. Extremely hot. We’ve had heat indexes topping 110. A few days ago the standard temperature was 99. My pool (at night) was 91.5. How warped is that?

As a result, I didn’t get to float on a raft and devour novels as much as I would have liked because the sun was blistering. I did, however, get to read several great tales before the sun turned toxic (see below). Click the Amazon link for the blurbs and  learn more about each title.

The first three are novellas, perfect for reading on coffee or lunch breaks. All selections are 5-star reads, so dig in!

Voodoo or Destiny, You Decide
by Jan Sikes

Claire and her friend, Jade (who is descended from a New Orleans voodoo queen) are having a girls night with several bottles of wine. Jade is there to cheer up her friend who was recently dumped by her husband, Daniel, for a younger woman. Fueled by too much alcohol, the two friends decide to even the playing field by causing Daniel heartache. Jade suggests a voodoo doll ceremony and Claire hops on board. But the next morning, while dealing with a hangover, Clair receives shocking and unexpected news.

An entertaining short story that allows the reader to draw their own conclusion. 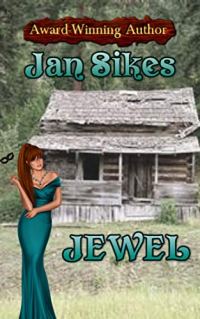 I loved this story. Jewel is an innocent young girl just shy of 18 who has spent her entire life living in poverty. When her mother, struggling to raise Jewel and Jewel’s younger sister, Sara Sue on her own, becomes terminally ill, she makes arrangements for both girls to have a shot at a better life. For Jewel that includes an education in the ways of the world, men, and love.

If you like Cinderella stories, tales of love and sacrifice, this short story will warm your heart. Beautifully rendered and told, the HEA ending is a sweet wrap.

A Soldier’s Children
by Jan Sikes

A lovely story that takes the reader from hardship to a well deserved HEA.

Fourteen year-old Jennifer is doing her best to care for her younger sister, hold down a part time job, and attend school—all because their mother deserted them, running off with a man she recently met. Their father has been MIA in Afghanistan for a number of years, leaving Jennifer no choice but to take on the role of provider if she wants to keep her and her sister out of “the system.”

The story starts off with a bang. Jennifer’s sister, Emily has gone missing at the amusement park where Jennifer works part time. The resolution to that scare is both sweet and heart wrenching, setting up a string of dominos that put the sisters closer and closer to being discovered. How long can Jennifer get away saying her mother is out of town, or home sick in bed? Although this is a short read, the ending is guaranteed to leave you with a smile and plenty of warm fuzzies. Most enjoyable!

The Night Before
by Wendy Walker

Laura and her sister, Rosie, along with Joe and Gabe, all grew up in the same neighborhood, tight friends from early childhood. Rosie and Joe are now married with a toddler, and Gabe has married. After her most recent relationship ends badly, Laura moves into her sister’s home to recover. It isn’t long before she connects with “Jonathan,” a man from an online site and agrees to a date. When she doesn’t return home the next morning, Rosie fears the worst.

What sets this slick page turner apart from others in a similar vein is that Rosie’s concern isn’t only for her sister. If the date went bad, she’s also terrified what Laura might have done to Jonathan. That unexpected curveball sold me on the book, and I was not disappointed.

When she was a teen, Laura’s boyfriend, Mitch, was bludgeoned to death during a party. The events of the night have always been murky, though a homeless man with a mental disability was eventually convicted of the crime. Even so, suspicion has hung over Laura given she was found standing beside Mitch’s body, a baseball bat in her hand, blood on her clothing. Combined with a rough-and-tumble childhood and her own doubts about what she did that night, she has been trapped in a downward spiral ever since.

The story alternates between Laura’s first person POV during her date with Jonathan, Rosie’s third person POV as she, Joe, and Gabe frantically search for Laura, and transcripts of Laura’s sessions with her psychologist. There are plenty of false leads to make the reader think they’ve figured things out, several jaw-dropping moments, and enough plot twists to make this work as both a psychological thriller and a twisty whodunit. It’s hard to say more without giving away spoilers, but suffice to say I was riveted from page one and devoured this book in a single night. Highly recommended!

Lock Every Door
by Riley Sager

Riley Sager is one of my auto-buy authors. He’s mesmerized me before, but he hit it out of the ballpark with his latest release.

Jules has had a string of bad luck, starting with getting laid off from her job, followed by discovering her live-in boyfriend banging another woman. She ends up near penniless, sleeping on her BFF’s sofa until she finds a classified ad for an apartment sitter. $12,000 to occupy a luxury apartment in the Bartholomew—a New York high society landmark—for three months. It sounds too good to be true, especially given the building is the fairy-tale setting of a novel that bound Jules and her sister as teens.

The rules are bizarre. Among other things, no visitors and no sharing any information about the residents who live in the Bartholomew, but Jules is too desparate to give them a second thought. Not long after she’s in the apartment, more luxurious than she could have imagined, she realizes something is not quite right. Previous “apartment sitters” have gone missing, one of the current sitters hints all is not as it seems, and the woman who wrote the novel she and her sister loved as teens is—surprise!—a resident.

The “big reveal” is a blind-side from left field, nothing I would have ever seen coming. Sager uses history, both fake and real to weave a tale that feels urgent and present-day as well as dusty with the footprints of a faded yesteryear. An intoxicating tapestry every bit as formidable as the bizarre wallpaper in Jules apartment in the Bartholomew. Extra points for the atmospheric use of the building’s gargoyles. Superb!

This week is supposed to be mildly cooler so perhaps I will be reading poolside again. Either way, I’ll have a second round of reviews shortly. In the meantime, I hope you found something to pique your interest. Happy reading!