Last month I said I was going to split this post and share half the middle of the month and half the end of the month. Naturally, things didn’t work out as planned. 🙂

Since I only read five books this month, I thought I’d share the entire post today. There were two that were rough for me—you’ll be able to tell when you hit the reviews—and for the first time in my life I gave a book a 2.5 rating on Goodreads (although I didn’t share it on Amazon). This was my April collection. As always, because the post in lengthy, click the Amazon link to read the blurbs or learn more about each book.

The Dinner
By Herman Koch

This book has been on my radar for a long time and I finally decided I needed to satisfy my curiosity. This was made into a movie in 2017 (no, I haven’t seen it, but I’m considering). The story is kind of like a train wreck. A distasteful mess, but hard to ignore.

Set in the Netherlands, the basic premise involves two well-to-do couples, (brothers and their wives) who get together for dinner at an exclusive restaurant.

The book cleverly spans the course of the dinner—appetizer, entrée, dessert. A few hours in which an ugly crime is prodded and examined like a specimen in a petri dish. Both couples have fifteen-year-old boys who have been involved in a heinous act (there is nothing remotely sexual for those of you who, like me, shy away from such ugliness).

The reader gets to know each character up close and personal, with insight into previous history and the actions of the boys. This is one of those books where I didn’t find redeeming value in any of the characters though the women are surprisingly worse than the men. These are not witchy, stuck up b*tches. They come across as genuine, protective of those they love and utterly self-sacrificing while being loathsome. I don’t think I’ve ever read a book where I disliked every character.

That aside, this is a well written, disturbing story that delves into the complex nuances of human nature. Don’t expect to like any of the characters, but this is definitely one for discussion in book clubs and with other readers. I waffled between 3 and 4 stars, so I’m going with 3.5. 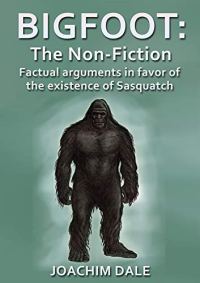 Bigfoot: The Non-Fiction, Factual arguments in favor of the existence of Sasquatch
By Joachim Dale

As someone who has long been fascinated by cryptozoology, I was intrigued by this work which addresses arguments in favor of the existence of Bigfoot. The author clearly did his research, drawing on centuries-old sightings, testimonials, physical evidence, and most interesting for me–the famed Patterson-Gimlin film, which is examined in detail.

Throughout, facts are presented in a concise and understandable manner and the book is ordered in such a way that by the time you reach the final chapter (Conclusions) the reader has been presented with a strong argument for the existence of these ape-like creatures that have long eluded man. The writing is polished and case arguments presented vividly. Whether you are a believer in Sasquatch or someone fascinated by the legend, you will find Mr. Dale’s work compelling. This is a short novella-length quick read.

In the third and latest book in the Mayhem series, author Sue Coletta pushes the action to a fever pitch. Someone is leaving a bloody trail of murder behind by beheading victims and leaving cryptic clues. Former cat burglar and legit hacker, Shawnee Daniels, who works for the police department, follows the clues while being caught up in her own twisted web of problems. Notorious serial killer “Mr. Mayhem” has been leaving her messages, delivered by his ominous murder of crows, or posted a secret website.

All three books in this series are exceptional but this one is elevated to a new level of intrigue by the relationship Coletta weaves between Mayhem and Shawnee, threads that hint of joint family history. Brilliant! Mayhem is cultured, precise, and meticulous. Shawnee is a whirlwind of in-your-face action, tough as nails on the outside, with a vulnerable underbelly. The contrast makes for mesmerizing encounters with an odd give-and-take between these two dynamic personalities.

As someone who has read a great deal of books on Native American history and folklore, I found those tie-ins especially riveting. Skinwalkers, serial killers, vendettas—it’s all here. Mayhem’s relationship with his wife is tenderly portrayed. Crows, Poe, Edgar and Allan are given multiple spotlights to shine, and the ending leaves a deadly open thread for the next book in this fantastic series. 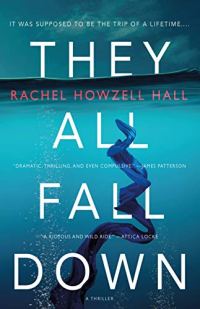 They All Fall Down
By Rachel Howzell Hall

If I have an all-time favorite story trope it has to be an eclectic cast of characters in a remote location with individuals being picked off one by one. I think it goes back to my childhood when I was in love with the game Clue and when I first saw Agatha Christie’s book And Then There Were None made into the movie Ten Little Indians.  So naturally when I saw the premise for They All Fall Down—mansion in a Mexican paradise where a group of strangers gather only to be picked off one by one—I couldn’t wait to boot up my Kindle and dive in.

Sadly, I almost DNF’d this book. At the 40ish mark I had met all of the characters, but nothing was happening (yawn). Then finally around 46% the book took off with a bang. I was riveted and had high hopes—until it quickly nosedived again. One of the most interesting characters is killed too early, I knew the killer’s identity from the first death, and guessed the reveal at the end. What I will say for the positive is that the author had a great descriptive voice and her MC was unique. There is some highly entertaining banter between several of the characters and the book reads easily. I did stick it out to the end, but none of the characters have any redeeming qualities which made it rough to finish. Loved the premise but didn’t care for the outcome. 2.5 stars rounded to 3 for Goodreads. 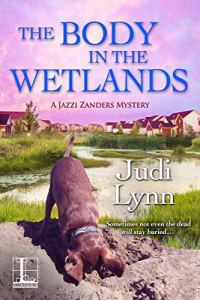 The Body in the Wetlands
By Judi Lynn

In book two of the Jazzi Zanders murder mysteries, home remodelers Jazzi, her hunky boyfriend, Ansel, and her cousin Jerrod are once again in this thick of rehabbing property and getting caught up in murder. Jazzi gets to know neighbor, Leo, during his regular walks with his dog Cocoa. When Leo disappears and two bodies are discovered in shallow graves behind the neighborhood subdivision, Jazzi once again becomes embroiled in unmasking the killer. On the personal front, her relationship with Ansel is put to the test when he returns home for a brief time to help his dysfunctional family with property repairs. A young college student takes an interest in Jazzi. Friendly and outgoing, his charm may just be the mask for a killer, but he’s only one of numerous suspects.

The author treats us to an eclectic cast of characters, then weaves a bubble of suspicion around each. Jazzi’s large family, plus her detective friend, Gaff, are all back again, as is Ansel’s dog, George the pug. You’ve got to love these people, who feel like friends. While this is a cozy mystery there is still plenty of guessing, and intricate plotting that leads to unmasking the killer. The writing is polished and breezy, the mystery elements set up like neat dominoes that all fall into place at the end. Another great entry in an enjoyable series!

I hope you’ve discovered something among these titles that may interest you. If you came across a great novel during your recent reading, be sure to share in the comments. In addition to writing, I love chatting books. I just wish I had more hours to devote to my gargantuan TBR!