Welcome friends! Today, Staci Troilo is back with her latest release, Password. She’s got a great behind-the-scenes glimpse of the fictional bar she created for use in the story (how can you not love a place called One Ugly Mug?).

I’m always jazzed when Staci has a new book, because I know I’ll get to disappear into the pages of a riveting tale. Password is no exception. You can read my complete 5-star review on Amazon, but I’ll leave you with this snippet of my impressions:

“The twists and turns in this novel really surprised me. Not only do we get two great lead characters who experience plenty of romantic ups and downs, but the story is chock full of suspense, and a mystery that will keep you guessing right up until the end.”

Welcome to One Ugly Mug

Thanks for inviting me here today, Mae. I appreciate having a chance to talk to your readers about my new novel. Hi, everybody!

You remember how pretty much every Cheers episode had a scene showing Norm walk in.

It is, after all, the place where everybody knows his name.

Keep that image in mind. Now, make the bar a little darker, a little edgier. Dangerous enough that families don’t stop in for the chicken wings but clean enough that feet don’t stick to the floor and the bathrooms don’t look like crime scenes. Imagine many of the patrons are affiliated with the government, but they’re not postal worker Cliff Clavin types. Rather, they’re current and former special forces types. 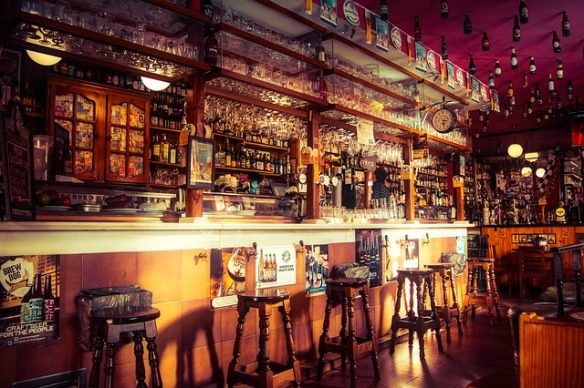 This fictional bar, set in Pittsburgh, Pennsylvania, is the local hangout for the guys of Nightforce Security and their military buddies who sometimes come to town to visit.

The waitresses wear whatever they like. Most choose jeans or shorts and button-downs or t-shirts. Even the youngest, flirtiest of them doesn’t wear Hooters-style clothes, but you can be darn sure no one would dare proposition a waitress who chose to. Bouncers aren’t necessary at One Ugly Mug. The patrons take care of each other. And if it happens to be a slow day, the bartender has it covered.

What’s his story, you ask? Well, we’ll learn more about him as the series goes on. He’s only in the periphery in Password. Not named, not even referred to. But we know he’s there… someone has to mix the drinks. He’s a mysterious and compelling guy. I’m looking forward to digging into his background.

When the Nightforce guys get antsy, they can play pool or shoot darts. There’s never a live band, never karaoke (God forbid), but there is the occasional rendition of a song belted out by a too-tipsy barfly. The retro jukebox in the corner is regularly fed quarters. Classic rock is pretty much the only choice. Rap is only allowed if the guys are celebrating the end of a mission or if the bartender has the day off. (For the record, that doesn’t happen often.) Because the guys respect him so much, they never play rap at One Ugly Mug when he’s there. Well, it’s part respect and part the fact that the most recent rap track put in the jukebox was the Beastie Boys’ “Fight for Your Right”. In fact, no songs, rap or otherwise, have been added since the bar opened in the 1980s.

There are private booths, semi-private tables, and of course there are always stools where a patron can belly up to the bar. The lighting is dim, the banter is smart, and it’s a good thing One Ugly Mug is so compelling. Why? Because it’s going to be a frequent location in the Nightforce Security series. 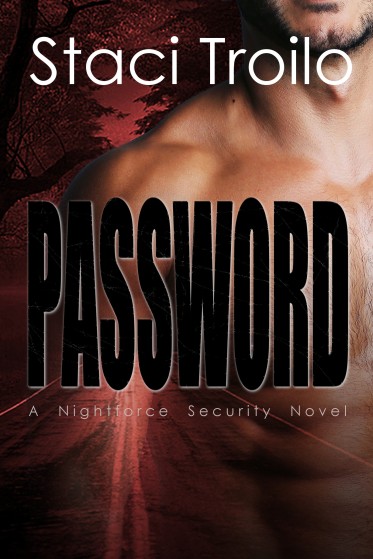 Danny Caruso was glad to be back in the United States, back to his regular job. Back to his comfortable routine of all work and no play. But when his friend Mac asks a favor of him, he can’t refuse. He owes the guy everything. So he accepts the job, even though it means a twenty-four/seven protection detail guarding a particularly exacerbating—and beautiful—woman.

Braelyn Edwards is careful to stay out of the spotlight, preferring to hide in the background and skip the trappings of a vibrant social life. But her privacy is threatened when there’s an attempt on her life and a bodyguard is foisted on her. Compounding problems? He doesn’t just want to protect her. He wants to investigate every detail of her life, starting with her top-secret job.

Danny casts his sights on Charlie Park, her coworker, her partner… the one man who knows all Braelyn’s secrets. She’s frustrated by the distrust until she realizes jealousy fuels Danny’s suspicions as much as instinct and proof. One of them is right about Charlie—but by the time they figure it out, it may be too late to save their relationship. And Braelyn’s life.

Password is the first story in the Nightforce Security Series. A sequel is already in the works. The next installment will be a novella released in March as part of Susan Stoker’s Special Forces Kindle World. So if this series interests you, you won’t have long to wait. 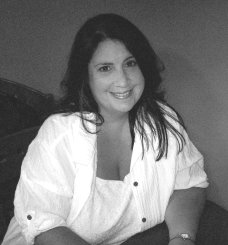 Author Bio
Staci Troilo writes because she has hundreds of stories in her head. She publishes because people told her she should share them. She’s a multi-genre author whose love for writing is only surpassed by her love for family and friends, and that relationship-centric focus is featured in her work.

Connect with Staci on Social Media:

84 thoughts on “Welcome to One Ugly Mug #Password #NewRelease #RomanticThriller”