I’m happy to have my good friend, Staci Troilo, on the blog today, along with her delightful novella, When We Finally Kiss Goodnight. If you’re looking for a Christmasy read you’ll want to grab this one—especially since Staci is offering it at such a fabulous price. She’s even brought along a bit of folklore and history to introduce it. Take it away, Staci . . . 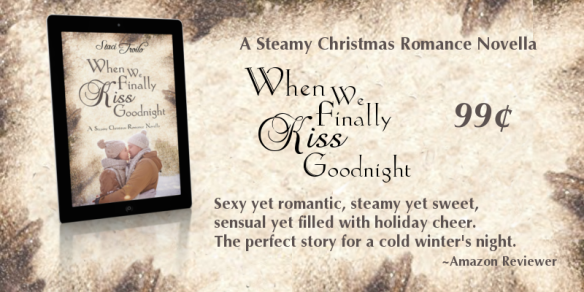 Hi, Mae. Thanks for having me back today. I’m happy to be here, visiting with you and your readers. (Hi, Mae’s readers!)

There are two things that interest me. Okay, there are a lot more than two, but these two are near the top of my list—romance and the supernatural. If I can mix the two together? That makes me really happy.

And that’s what I got to do in my Christmas-themed novella, When We Finally Kiss Goodnight.

Although the story is primarily set in Pittsburgh, Pennsylvania (I grew up in a small town near there and went to college in the city, so it’s a favorite setting of mine), the characters, both of whom are archaeologists, take a day trip across the state to visit Gettysburg.

Gettysburg, as you probably know, is rife with historical lore. It’s got its share of ghost stories, too. As a bit of a history buff and a fan of the paranormal, I had to write about some kind of supernatural lore surrounding the city. I chose a folk legend surrounding star-crossed lovers and the Jennie Wade House.

Mary Virginia “Jennie” Wade was a seamstress who was engaged to Corporal Johnston “Jack” Skelly. While Jack was fighting in the war, Jennie, her mother, and her sister used to bake bread to serve to the Union soldiers. On July 3, 1863, around 8:30 a.m., Jennie was kneading dough when Confederate soldiers sprayed the house with more than 150 bullets. One of them passed through two doors and struck Jennie in the chest, killing her. Jack, her fiancé, never learned of her passing. He was captured and killed on July 12.

The door on the Jennie Wade House has never been repaired or replaced, and there is a legend regarding its bullet holes—if a woman (18 or older) places her left ring finger through the hole, she will be proposed to within a year. It is believed that Jennie wishes for and helps bring about a lifetime of love for others because she was denied her happily-ever-after with Jack. 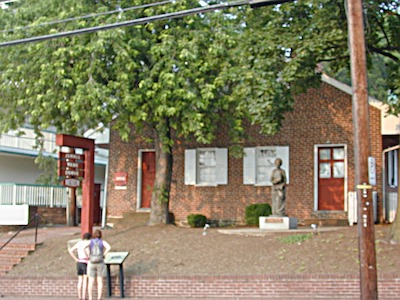 And whether you believe or not, nothing can change the fact that the Jennie Wade House Museum receives letters from many of their visitors to report an engagement after visiting.

In my novella, Chloe and Britt go to the Jennie Wade House, and Chloe ends up putting her left ring finger through the door. Does she get a proposal and happy ending within a year? Well, you’ll just have to read the story to find out. 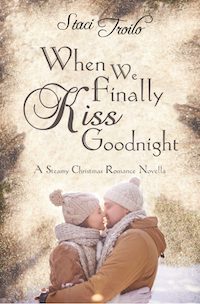 When We Finally Kiss Goodnight Blurb:
Chloe Upshaw suffers from what she calls the trifecta of awful—unfulfilling job, disappointed family, bad luck with love. Just before Christmas, she travels to Pittsburgh hoping to land a job that will change her career. But not only is she in stiff competition for the position, she angers her mother by rejecting her matchmaking efforts and not going home. Worse, she runs into the guy who got away—and this time, no matter how many lies she tells to protect her heart, she leaves herself vulnerable to hurt.

Britt Garris’ callous and careless behavior in college cost him his dream girl. When fate crosses their paths ten years later, he thinks it’s serendipity. And he launches into one deception after another to win her back, including an auspicious trip for the two archaeologists to Gettysburg. Britt plays on Chloe’s love of history to spend time with her. He doesn’t count on the local lore and legend predicting their future—a future his duplicity puts at risk.

When their lies finally crumble, their budding relationship is threatened. Their dishonesties and disillusions may be impossible to overcome. But maybe the magic of the season can make their dreams come true.

This holiday-themed steamy romance novella is available for 99¢. Click here for purchase information.

100 thoughts on “What Do Christmas and a Gettysburg Legend Have in Common?”