This is an EXCELLENT introduction to a fantastic contemporary series that combines elements of the supernatural, romance and history. Step back in time with this short novella by Staci Troilo to glimpse the foundation of her Medici Protectorate series.

And while you’re there, I’d really love to know your thoughts about westerns. 🙂 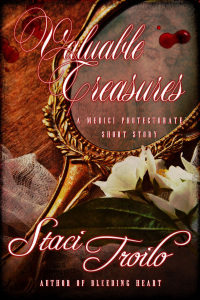 When I was young, my father and both my grandfathers loved to watch westerns, particularly on the weekends. I was subjected to the genre more than I care to remember.

Now I think back to those days fondly, but I still have no real love for the genre. Which is why I swore I’d never write westerns.

Funny that I’ve written four western shorts now, two of which have been published. You can find my short story, “Warrior of Blanca Peak” in the Unshod anthology. It’s a contemporary western romance, but that’s not what I want to discuss today.

Book three of the Medici Protectorate series, Body Armor, is set to release in August. To ramp up interest in the series, my publisher has released this short western prequel, Valuable Treasures, before the novel’s release. 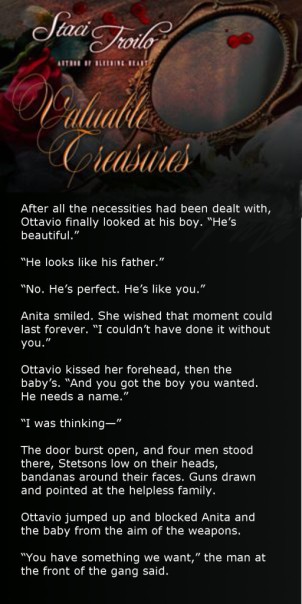 I never thought I’d write one western, let alone four, but I…