Please welcome D. S. Nelson who is here with her latest release, A Deadly Orientation. She has a fabulous post that takes a look at an ancient myth and the practice of geocaching—something that has always fascinated me. And who can resist a treasure hunt? 🙂 Read on….

First of all I must give a huge thank you to Mae for inviting me over to talk writing, myth and legend with you all. To set the scene I’d like to tell you a story:

‘The moon is full and the lake lazily licks the shore in harmony with the gentle hum of voices from the hillside. The Balsa Muisca, a golden raft, is adrift in the middle of Lake Guatavita. Glistening in the light of the moon a naked man stands proudly on the raft, head held high his skin covered in golden dust. He is the new king of the Muisca people and this is his coronation.

Four burning torches stand at each corner of the raft. The air is heavy with the smell of incense. Strewn across the raft are gold, jewels, plaques, crowns and sacred items. The new king’s consorts reach down and throw the offerings into the water, the gold sacrificed to the gods and the lake. This is the lost gold of El Dorado.’

When I decided that the theme for the next Blake Hetherington Mystery was going to be geocaching I needed a way to link it to an interesting back-story. Geocaching is contemporary treasure hunting for the cool and as a geocacher you follow a set of co-ordinates to a cache. You can swap SWAG  (Stuff We All Get) at the cache and log your find on a central website. If you’re lucky you may even achieve the highly coveted FTF (First to Find). What better than to tie all of this together than with the ultimate treasure hunt: the search for the lost gold of El Dorado. 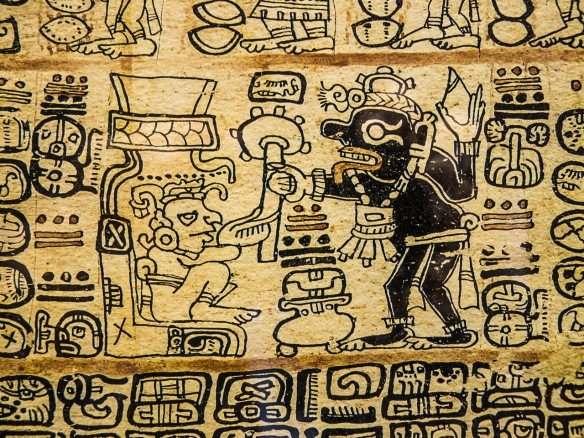 There are many theories as to what the lost gold of El Dorado actually is. Some think it is in the ‘House Of The Night’, a place where the sun sets, others believe the lost city has never been found, but the most popular line of thought is that the lost gold lies at the bottom of Lake Guatavita. The lake was used for the coronation ceremony of the new Muisca king and, as the story above describes, there was plenty of gold thrown into the lake. 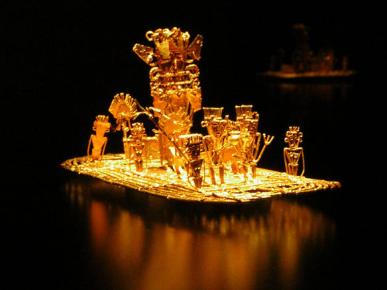 Lake Guativita is high up on top of a steep sided hill in Columbia. Approximately five different attempts have been made to drain Lake Guatavita, the earliest of which was in 1545 when the conquistadors arrived in pre-Columbia. 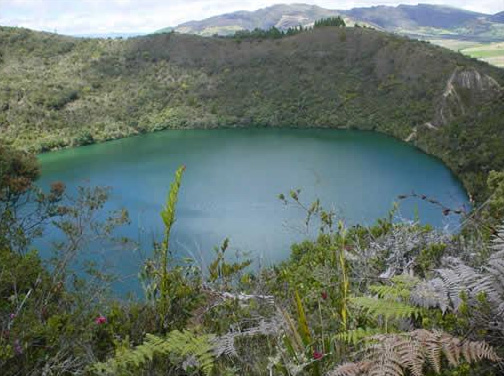 By Masanalv (Own work) [GFDL (http://www.gnu.org/copyleft/fdl.html) or CC BY 3.0 (http://creativecommons.org/licenses/by/3.0)%5D, via Wikimedia Commons

Antonio de Sepulveda made a second attempt in the 1580s and he used forced labour to cut a v shape into the side of the lake to try and drain it. Both these attempts failed. Interest was ignited again when in 1801 a German scientist, Alexander Von Humbolt, worked out that there could be as much as $300,000,000 at the bottom of the lake. Twenty years later Jose Ignacio Paris attempted the same strategy as Sepulveda again to no avail.

A more successful attempt was made by ‘The Company For The Exploration Of The Lagoon Of Guatavita’ when in 1898, they dug a tunnel into the side of the hill. This worked but within twenty-four hours the mud at the bottom of the lake was baked dry in the scorching sun. All the plunderers had amassed was approximately £500 nothing like the millions they had been promised.

In 1965 Lake Guatavita was declared a National Park, protecting it from any further interference. Is there more gold at the bottom of the lake? We’ll never really know, but the opening scene of ‘A Deadly Orientation,’ finds us on the lake with a group of people who’d like to find out.

To me the legend of El Dorado and attempts to drain Lake Guatavita are fascinating and this research formed the bases for the seventh Blake Hetherington Mystery.  Thanks again to Mae for inviting me over and I’d love to hear what you’ve heard about the lost gold of El Dorado.

‘A Deadly Orientation’ is available in e-book and paperback and you can get yours here.

63 thoughts on “Welcome D. S. Nelson with A Deadly Orientation”