For the last month I’ve been focused on little else but meeting the publisher’s deadline for A DESOLATE HOUR, the third book in my Point Pleasant series. Wall-to-wall writing marathons each weekend plus late nights at the keyboard helped me deliver the manuscript on time.

Part of me is excited by the prospect of being able to start something new, but the other part is saddened to see the series end. The biggest lesson I’ve learned? Never undertake writing a series while working fulltime. Kudos to anyone who can juggle both, but it’s beyond my time management skills. The deadlines are too tight, not to mention I’m tired of using concealer to hide the dark circles under my eyes. Bleh!

Now that the dreaded “D” word is behind me, it feels weird not to have to produce on demand. For the last year and a half I’ve been writing based on deadlines and suddenly all that pressure is gone. A wide open road ahead. I’m bummed about saying goodbye to my characters (even the Mothman) but am looking forward to starting something new. And one of the characters from the last two novels could easily spin off into his own series.

Oh wait—did I say series? Let me rephrase—he could be spun off into new tales. As much as I see the potential for him to be a repeat character, I don’t want his saga turning into a series based on deadlines. I’ve had my fill for a while. 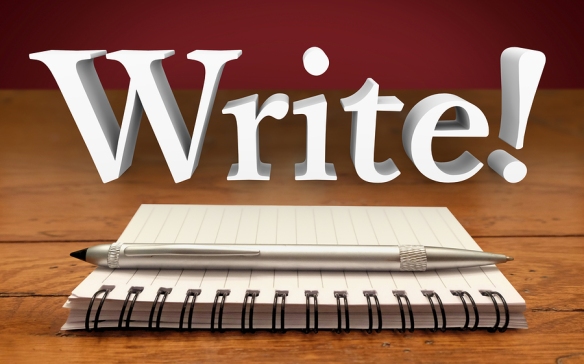 I remember when Kensington first offered me a contract for all three books. I knew it would be hard. I knew it would be challenging. I also knew if I walked away from the opportunity I would regret the decision. Now that it’s over and mostly done (there are still edits), I feel like I’ve taken strides forward in my journey as an author. I’ve also learned that I can write on demand and when push comes to shove, can deliver a finished manuscript in under four months. Who would have thought?

All of that aside, I’m looking forward to the release of book 2 in the series, A COLD TOMORROW, which rolls out on December 20th. I hear it makes a great Christmas gift and is available for pre-order right now. Yes, that’s a blatant hint, folks. 🙂

In celebration of UFO visitors (did I mention there are UFOS in A COLD TOMORROW?) here’s another graphic Kensington did for me. I love that my book is tucked in along with Greg Olsen’s and Lisa Jackson’s latest releases. Now if we could just push TOMORROW to their level of sales, LOL! 🙂

Anyway, thanks for listening to me ramble. I can’t wait to start blogging about new projects. I just need to decide which one and….what now?