Grab yourself something green and pull up a virtual seat. I’d like to talk book clubs.

If you’re a writer and/or a reader you’ve probably stumbled across several online book clubs that offer resources and networking. I’ve been doing the publishing game since 2012 and in the process have tried several. Sadly, none were a good fit. A few promised networking but ended up being little more than endless “buy my book” promos. I ditched those immediately. Others offered forums that never really matched what I was looking for, and one or two, while providing handy resources, lacked a sense of community.

I’d about given up on finding one that was a good fit, and then a friend (thank you, Craig Boyack) pointed me in the direction of Rave Reviews Book Club (RRBC) run by Nonnie Jules. Um…if there is a fairy Godmother of bookclubs, this is the one. Or perhaps it should be more aptly dubbed the brainchild of Wonder Woman—as I’ve come to realize is a fitting crown for Nonnie. 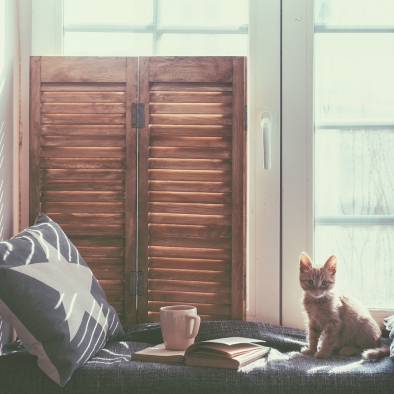 I’m a little embarrassed to say I’ve only been a member for a few months, yet the flush of excitement I’ve had since joining makes me feel like an Old Timer. It’s a comfortable, welcoming fit. Members rolled out the red carpet with tweets and retweets and immediately made me feel like I was part of the crowd. Not just welcome, but special.

Within my second month of membership, I was invited to be a guest on Rave’s Blog Talk Radio Show, where I was able to share information on two of my novels in a causal, chatty atmosphere. If you’re interested in how hosts John W. Howell and Bill Ward put myself and sister author, Jayne Nichols, immediately at ease, you can catch our interview here.

Tweet support has been phenomenal, with my Twitter following growing and so many great Rave Review authors providing RTs and shout-outs. This group does an unbelievable job at networking. As in… Off. The. Charts!

So, exactly what is the idea behind RRBC?

It comes down to a basic and critical key that can make or break an author—support. Writing and publishing is a rough game. No one should have to navigate those choppy waters alone. Founder and president, Nonnie Jules, has put together a club for indie and small press authors who band together to promote each other through purchasing, reading, and reviewing books—PLUS sounding trumpets, gongs, drums, and everything in between to make a resounding splash on social media. RRBC doesn’t believe in ripples. It makes a RACKET of support! After nearly three months in the club, I’m still discovering all the wonderful things it has to offer.

Here’s the basic concept in a nutshell:

Membership is a mere $25.00 per year. When you join, you make a small commitment: You agree to purchase, read, and review a minimum of four books from the Rave Reviews catalog in a twelve month period. Phff! Seriously, we’re talking twelve months.

The catalog is where members list their titles for other members to peruse by genre. The eclectic mix has something for everyone—mystery and suspense (my favorite) fantasy, science-fiction, romance, horror, speculative, comedy, literature, drama, non-fiction, and more. Take your pick and start reading.

RRBC also has featured Books of the Month.

Each month, the club picks three reads and highlights them as the featured club reads of the month. These books get extra promo and a plethora of attention from members. Personally, I find the whole concept super exciting. Every month, I anxiously wait to see what the featured books will be, just like a kid waiting to discover the favored treats of the month. It reminds me of when I was a kid in junior high and those shiny scholastic book catalogs were distributed. Remember those? You were able to choose and buy books. I never missed putting in an order for several, and then devoured them as soon as they arrived. Libraries were fun, but those books always had extra magic for some reason.

As part of your RRBC commitment, two of your four annual reads need to be from the Book of the Month selection. How ridiculously simple is that?

Most authors are also avid readers, so it’s a no-brainer. I average between 50-70 titles a year, so belonging to a club that allows me to be an avid reader as well as support other writers and garner their support in return is a win-win situation. I’m still a newbie in this club, but the glow I’ve felt since joining has placed me on a perpetual high. I’ve finally found a club that works, and a network of authors who have made me feel part of something special—from day one. Put in a little effort and it’s returned ten-fold. The more you contribute, the more support is levelled behind you. I have already made lovely friends through this club.

We all need help with promotion. RRBC also offers weekly club updates where members can announce special pricing and newsy bits to members. There are spotlight authors, Member of the Month, Member of the Week, Pay-it-forward-days and Push Tuesday promotions (each Tuesday the entire club gets behind promoting a specific author through tweets, social media shares and links to their books). These are just a few of the extra promos RRBC organizes.

If you’re looking for that extra something, I highly recommend considering Rave Reviews Book Club. For a minimal fee of $25.00 a year and a small reading commitment (something most authors love to do anyway) you’ll be rewarded many times over.  To learn more about the club, visit their website at Rave Reviews by Nonnie Jules. Should you wish to join, you can complete a membership request form here. Please tell them Mae Clair sent you. You won’t be disappointed. If I have any regret, it’s that I didn’t take the plunge sooner.

Do dive in. The water is wonderful! 🙂