During the chaos of June and July, when I was going crazy with a blog tour for MYTH AND MAGIC, followed by a much needed vacation with down-time, I was tagged by several friends with blog challenges. Although I am abhorrently late in posting, I didn’t forget about them, and want to thank my friends for thinking of me! 🙂

I am, however, going to cheat and lump all of the challenges into this post. Here goes…

Julie Holmes tagged me to participate in the 5-Day Photo Challenge.

This is a biggie, the idea being you post a different photo each day for five days in a row, and write a short post about each photo. Julie did a fantastic job on her blog, which had me jazzed to go, fired up with good intentions. Hopefully, she’ll be okay with the fact that I’m cheating and posting all five photos today! 🙂

The first was taken in the field directly behind my house. One summer evening a truck rolled in, and within minutes this was in the field: 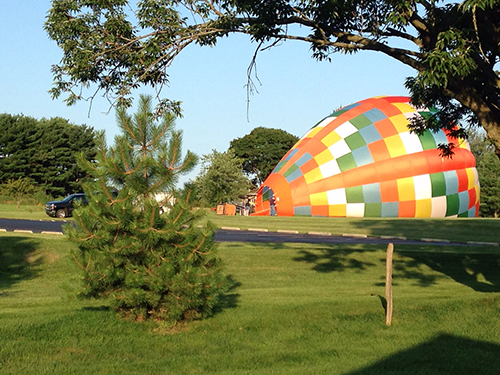 Pretty nifty, huh? Hubby and I watched them inflate this balloon from scratch from the comfort of our back yard, and then soar off into the wild blue yonder. After a while, the truck left to follow the pilots to who-knows-where. The spectacle caused quite a stir in the neighborhood.

There is a church to the far left of that narrow parking lot and they frequently have events taking place. Two weeks ago we had pony rides, firetruck rides, jugglers, walkers on stilts, a live band and a different hot air balloon when they held their summer carnival. I love having the church as a neighbor!

The next photo is a shot of my writing space. I took this last year before adding a statue of a certain winged creature who observes while I spin tales. Can we say Mothman? 😀 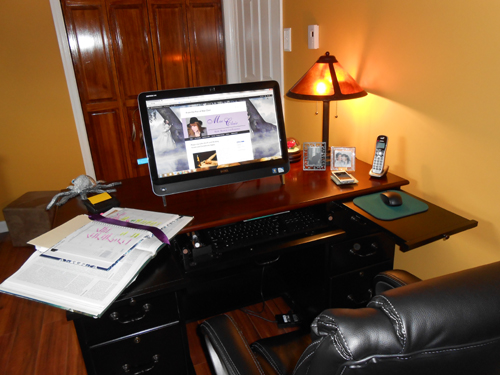 And this is Mothy who now resides on the corner of my desk (along with a hatchling dragon who has scribe tendencies). 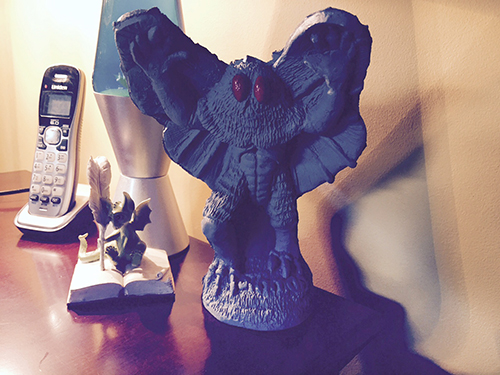 Speaking of that giant winged cryptid, if you’ve visited my blog before, you’ve now doubt seen a photo of the Mothman statue which dominates Gunn Park in Point Pleasant, West Virginia.

I’m sharing it again today in memory of its creator, Bob Roach, who passed away on August 30th. The Mothman statue isn’t the only metal sculpture Bob did for the town of Point Pleasant (there are many others to be found along the walkway in Riverfront Park) but it’s certainly the most famous. Bob was 81 and will always be remembered for his unique and artistic work!

Finally, this is a really crappy photo, but I’m going to share it anyway because it celebrates one of my addictions. I love to sit outside on summer evenings and watch bats soaring overhead. Hubby has even joined me a few times for the nightly bat-fest. And in case you’re unaware how difficult it is to capture a bat in flight, this photo should prove it! 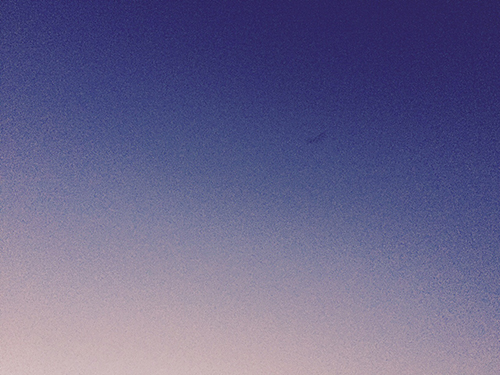 Next up, Kevin Cooper tagged me for the 777 Challenge. It goes like this:

Go to page 7 of your current WIP, go to line 7, then copy and paste the next 7 sentences into your post.

This is from A COLD TOMORROW, which is book 2 in my Point Pleasant series. Line 7 actually picks up in the middle of dialogue from a secondary character, so this might not make a lot of sense, but here goes:

“My dad had a name for that, too. He called it outer space grass. It turned up in the mornings, the night after we’d see a weird light in the sky.”

Ryan pinched the bridge of his nose. Two months ago the sheriff’s department had been bombarded with calls on Mothman sightings. Reports of “the bird” had quieted down, but they’d been replaced by several reports of residents seeing strange lights. He hoped Wilson wasn’t going to tell him he’d spied a UFO.

“What exactly did you want to show me?” he asked, trying to keep the man on track.

And for the last challenge, I go back to Julie Holmes who tagged me in the 3-Day Quote Challenge.

The gist of this one is that you share a single quote each day for three consecutive days.  I was tempted to come up with three new quotes, but I honestly have three favorites, which you may have seen before:

First up from Stephen King:
“Talent is cheaper than table salt. What separates the talented individual from the successful one is a lot of hard work.”

Next from Les Brown:
“Shoot for the moon. Even if you miss, you’ll land among the stars.”

And my very favorite quote of all-time (which you’ve surely seen if you’ve visited my blog before). Author unknown:

Naturally, I’m supposed to tag others for these posts, but I know many of these challenges have already made the rounds. For anyone who would like to attempt any or all of them, I invite you to participate. Say that Mae tagged you.  I’d love to see what you come up with! 😀