When:   Halloween Eve beginning at 7PM

What You Should Know:
Please come in costume. Mrs. Morgana Breckwood has gone to a great deal of time and expense to ensure this year’s annual Halloween party will make her previous events pale “ghostly” in comparison. And yes, the rumors are true. There is a slim possibility her son, Caith, might show. Not sure about a costume for him . . . you know how he feels about Halloween.

Excerpt from Myth and Magic:
Veronica’s stomach clenched as a mixture of fear and dread skittered through her. The expression in her eyes must have betrayed her unease because Morgana took her by the arm and drew her aside. Across the hall, the caterer and florist were busily consulting with the head of Morgana’s household staff. Three workers wearing black shirts that proclaimed Ghosts & Ghouls, Inc. wheeled a life-sized coffin through the front door. Having attended a number of Morgana’s Halloween parties, Veronica knew trays would be fitted inside the open lid, bearing all manner of delectable treats.

“I know my son,” Morgana said, cutting through the noise and activity. “He’s stubborn, but he’s not stupid. He isn’t going anywhere, Veronica. He may not be willing to admit it, but he’s in love with you.”

She shook her head. “Caith’s terrified of love.”

Veronica clamped her mouth shut. Morgana was right. Even if Caith wouldn’t admit it, she knew it was the defining emotion that had driven him all of his life. The reason he’d chosen a career designed to keep others safe, the reason he’d given his son another name, the reason he still couldn’t bring himself to visit Trask’s grave.

“Give him time first,” Morgana suggested. “Stuart said he was up all night working on the case. He’s barely slept and probably isn’t thinking clearly.” She smiled encouragingly, hooking her arm through Veronica’s. “You can stay and help me decide where the band should go. And the goblins. Did I mention we’re having roving goblins?”

Veronica managed a small smile. The Ghosts & Ghouls people were pushing a series of crates through the door. Tall ones, large ones, squat ones.

“Mrs. Breckwood,” a sandy-haired worker called. “Where would you like us to put the trolls?” 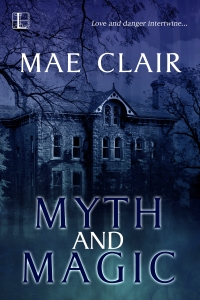 Today’s tour stop for my Pump Up Your Book blog tour is with ToiBox of Words. As always, pop over if you can.

And hey, about that Halloween Party–with my love of myth, I think I could have a blast there. How about you?