Today, I’m delighted to welcome a new author friend, Tammy Tate. Tammy’s visited my blog once before with her novella, THE SPIRIT PATH. Today she’s sharing her latest release–a sweet holiday romance, OFF-DUTY CHRISTMAS (I love the fun, breezy cover!). Be sure to check out her wonderful book trailer too. I think she has a special knack for creating them.

Mae, thanks so much for inviting me to be your guest today. I always love hanging out and browsing all the neat stuff you’ve uncovered about ghosts, myths and legends.  I’m thrilled to be here and excited to share my new release with you. It’s a romance called Off-Duty Christmas.

I have a hard time remembering life before romance novels, but here’s my best recollection.

About twenty years ago a friend of mine handed me my first romance novel. Of course, my initial reaction was I didn’t have time to read it. I had a husband, six horses, two Rottweilers and three kids, need I say more?

One night, I picked it up and began to read. Needless to say, I found it captivating and never made it to bed that night. From that day on, I was hooked. Then, one day I told my husband I wanted to write a romance novel of my own. He never batted an eye. This is my second book and I have two more coming soon.

With the upcoming holidays, I wanted to write something Christmas-oriented. Since I was a police dispatcher for seven years, I thought why not combine the two elements?The story begins in the dispatch arena because that was familiar territory for me. The characters sprang to life before my eyes to tell their story.

Off-Duty Christmas is about a dispatcher, two cops, and a game warden that go on vacation to a cabin in the mountains. The perfect ingredients for an interesting tale, wouldn’t you agree?

This story is about Kaitlyn, a police dispatcher who lost her parents in a plane crash and refuses to let anyone get close to her. The thought of losing someone she cares deeply for terrifies her. She was an only child so she doesn’t have siblings to help fill the void.

Christmas is right around the corner and she’s consumed with pouring more hours into her work schedule to make it pass quickly. She buries herself in twelve hour shifts to forget how lonely she is without family around her.

Her best friend, Officer Gina Jordan, convinces her into doing the unthinkable. She’s rented a remote cabin in the snow-covered mountains and invited Kaitlyn to go along. Ethan, another officer with the department, invites himself. A few days before they are about to leave, Gina is introduced to the handsome new Game Warden in town, a man known as Bryce. He’s taking the place of a retiring veteran in the area and she asks him to come along.

While at the cabin, Kaitlyn finds herself falling in love with Bryce despite the fact that he has one of the most dangerous professions out there. Nine out of ten people he’ll come into contact with, will have a gun. By allowing herself to love him, she’s upped the odds of possibly losing another loved one. 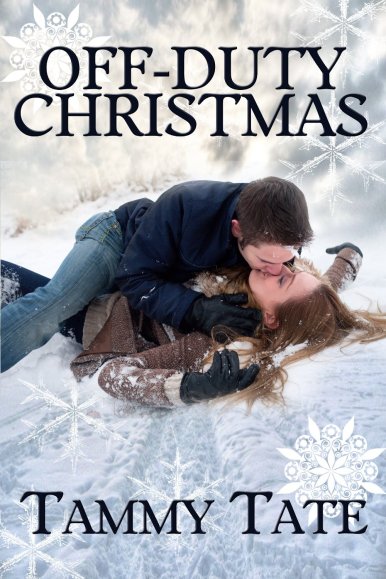 EXCERPT:
When she opened the door, Gina leaned against the frame, all five-feet, four inches of her.

“Ready?” Gina asked below a cap brim that read ‘Born to be Wild.’

Kaitlyn nodded, reached down and grabbed the handle of her suitcase. “When were you going to tell me about Bryce?”

Gina giggled. “Oh Bryce. You mean the new game warden? I just met him yesterday and he seems nice. I didn’t think you would mind if he tagged along.”

As they stood outside the steel doors, Gina beckoned the elevator several times as if it would make it rise to their floor quicker.

“I just wish you would have told me so I didn’t feel so clueless when Ethan asked me about it.”

Gina wrinkled her nose. “Since when do you care what Ethan thinks?”

Kaitlyn tried to nudge her with her suitcase, but Gina saw it coming and sidestepped before it made contact, then proceeded to do a little victory dance. A yellow light flickered at each level until the doors parted and they stepped inside.

Gina arched a brow. “Now why would I do that? We both know you are two bootie shakes away from becoming a nun and traveling off to some godforsaken convent.”

“Am I that transparent?” Kaitlyn asked.

“Yeah, you are.” Gina shrugged while jabbing the down button several more times to get them to the ground floor. “I’m trying to educate you. Show you what you’ll be missing. That’s what friends do. Now lighten up before I leave your ass here.”

AUTHOR BIO
Tammy Tate was born and raised in Hollywood, Florida. She lived in Las Vegas for 7 years and Texas for 18. Her and her husband, just celebrated their 34th wedding anniversary. Her secret to a long marriage? It’s easy when you marry your best friend and by all means, keep the home fires burning.

When she’s not breathing life into her characters, she enjoys reading, riding on the back of her husband’s Goldwing and coming up with fresh, new ideas for her next book. Among her favorite movies are romance, science fiction, fantasy, comedy and thrillers. Before writing, she was an Executive Secretary, a Computer Consultant/Technician, and a Communications Officer (Police Dispatcher).

She doesn’t mind a challenge which has allowed her to drive a late-model in a women’s powder puff race, run barrels and poles in a play-day rodeo and drive an 18-wheeler. Somewhere in between, she and her husband raised 3 wonderful children.