It’s only three days since I’ve released ECLIPSE LAKE and I’m soaring. I didn’t have the luxury of sending out ARCs but I’ve already received my first review from Dii at Tome Tender Book Reviews. Here’s a snippet from her review that really resonated with me:

“Eclipse Lake by Mae Clair is powerful reading, a dark plot with shafts of hope shining through. I’m not sure there is an emotion that she didn’t rip right out of me, I was angry, felt sorrow, felt the love between a father and son, the pride between these two and the budding love between two strangers. I think I actually despised a few characters, in spite of their reasoning for being antagonistic. Did some of them redeem themselves? Yes, definitely, but MY emotional toll was high! I may have crossed the veil between fiction and reality for a while, Mae Clair is that good at creating her scenes, building her world and plunging her readers in, heart first. Populated with well-defined characters that feel real, it was easy to pick out my favorites and to hiss at the villains! 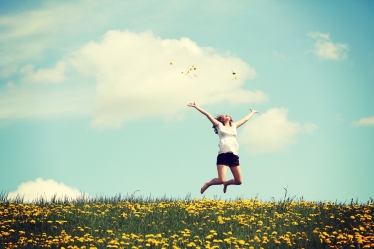 Oh my! Am I happy? Beside myself is more like it!  Of the whole review (you can read the entire review here should you like to take a gander) what really jumped out at me was the words “signature gritty elegance.”  No one has ever described my style like that before, but as soon as I read the phrase I realized the reviewer connected with me on a level all authors hope to achieve. She “got” me.

Wow, oh, wow!  I’m excited about the early buzz on ECLIPSE LAKE (especially because I haven’t had the luxury of broadcasting the release the way I’d like) and had to share the news. You guys have been with me through ups and downs, including the early days when this book was just a glimmer on my WIP radar. Of all the novels I’ve written, it feels like it’s taken the longest. It’s wonderful to finally see results and to be able to share those results with my blogging friends.

Today, I’m visiting Gemma Brocato with a short excerpt from the book. Tomorrow, I’ll be sharing Fun Facts about ECLIPSE LAKE with Lorraine Paton, and the uber-friendly Kitt Crescendo will be giving ECLIPSE LAKE the spotlight treatment on her blog. I hope you can pop in for a few of the stops.

In parting, I’ll leave you with an excerpt from ECLIPSE LAKE I haven’t shared anywhere else. Although the story focuses on Dane Carlisle, his estranged brother Jonah, and Dane’s attraction for Ellie Sullivan, a photojournalist visiting Eclipse Lake, there is also an unsolved mystery at the heart of the novel. A mystery, Dane’s seventeen-year-old adopted son, Jesse becomes embroiled in.  In this scene, we get Jesse’s first impression of Onyx, Pennsylvania after being dragged across the map from California by his dad.

Jesse slipped a pair of polarized sunglasses over his eyes to block the glare as he surveyed Eclipse Lake. A powerboat streaked past, parting the water in a perfect vee. Numbered buoys bobbed in the boat’s diminishing wake as the ripples rolled outward from the channel.

Eclipse wasn’t salt water, but it was still water, and he was almost as comfortable handling a boat as he was a bow. He’d won enough medals in tournament archery to know he was a cut above excellent. Give him a recurve bow and he could take out the competition. Give him a boat, and he’d open the throttle and let it scream. Both experiences brought the same exhilaration, which according to his father made him highly competitive and reckless.

The man didn’t get to be owner of a multi–million dollar company by sitting on his duff and playing it safe. Unlike Jesse’s natural father, a dead–beat who’d taken off shortly before he was born, sticking his mom with a load of debt. The best thing that ever could have happened to them, in Jesse’s opinion. The creep was probably doing time somewhere by now and, if he wasn’t, he deserved to be.

Strolling to the end of the dock, he stuffed his hands in his pockets. The marina wasn’t large, but had trailer parking, a boat launch, bait shop and equipment rental. Flat–bottom johnboats, pontoons and modified v–bottoms were available for rent by the hour or day. He’d already checked the prices, deciding to spend tomorrow on the water unless his dad had other plans.

Startled from his thoughts, he turned as a guy near his age trundled down the bank, his arms loaded with fishing gear. Tackle, floatation device, bait bucket, even an oar tucked under one arm. A five–pound anchor slipped from his grip and clanked against the dock.

Jesse caught the attached rope before it could plop into the water.

“Thanks.” The kid flashed a grin. He had light brown hair, an earnest face and wore a navy t–shirt advertising Eclipse Lake Marina across the back. “Clyde keeps me busy getting the rental boats ready.” He jerked his head over his shoulder, indicating a separate dock area were a series of johnboats bobbed between pilings. “Oar, anchor, floatation device. We’ve got a special running right now for a four–hour minimum.” He dropped the equipment at his feet, taking a moment to catch his breath. “I haven’t seen you around. Visitor or summer resident?”

“Visitor. Here for the week.”

The kid nodded. Squatting, he popped open the tackle box and began rummaging through its contents.

“So you work here?” Jesse asked.

“Yeah.” He flashed another grin. “I’m Keith Gallery. My dad’s a deputy sheriff for Onyx.”

“Jesse Carlisle. My dad and I are staying down the road in one of the cabins. We’re from San Diego.”

Keith gave a low whistle. “That must have been a long flight.”

Jesse shrugged. His father always flew first class. He saw no reason to tell Keith he’d kicked back with a headset, bottled water and food that was almost passable. Jet lag wasn’t a problem. “It’s kind of cool here. How long have you been working at the marina?”

“This is my second summer.” Keith glanced at his watch. “I’m almost done. Another fifteen minutes and I’m meeting some friends from town. Hang around and we’ll show you the sights.”

Before Jesse could respond, a shrill whistle drew his attention. Whipping his head around, he saw a guy and girl walking down the bank from the parking lot. The girl waved, a hand held to her eyes to block the sun.

Keith grinned. “That’s Paige and Zach.” Flipping the tackle box shut, he stood. “Once I’m done, we can scope out the lake with them. Zach’s only here for the summer, but Paige lives in Onyx year–round.”

Jesse barely heard the reference to the lanky youth with shaggy brown hair. The girl had his full attention. She was small–boned with apricot hair and a smile that lit up her face even from a distance. Jean shorts showcased shapely legs and skin the color of warm honey.

Jesse’s mouth went dry. “They together?”

“Just friends. We all are.”

“Good. I’d scope out anything with her.”

Keith laughed. “Then you should have been with her last night up at Ridge Pointe. Come on.” He shoved the tackle box into Jesse’s arms, then bent to pick up the rest of the gear. “Help me pack this stuff in a boat, and I’ll call it a day. Paige can tell you about the skull she and Zach found.”

“Yeah. Turned out to be a whole freaking skeleton when forensics got there.” Keith lobbed a glance over his shoulder. “Hey, you didn’t think it was going to be boring here, did you?”

Thanks for visiting with me today. You can purchase ECLIPSE LAKE at Amazon and add it to your TBR list on Goodreads. Mystery, romance, family drama and redemption—I like a multi-layered plot! 😀