In the early 1700s, German settlers who made their homes in the hills surrounding Frederick County, Maryland brought tales of a fearsome flying half-bird, half reptile creature from the Old Country. Known as the Schneller Geist, meaning “fast ghost” or “quick spirit”, the beast had razor-sharp teeth, long talons and demonic features borne of nightmares. A single eye glared from the center of its forehead and its wingspan was said to be twenty-five feet wide.

By 1909, it was more commonly referred to as a “Snallygaster.” Reports of the dragon-like creature—which swooped down to carry off prey—became so highly publicized that year, the Smithsonian Institution offered a reward for its capture and former president Theodore Roosevelt expressed an interest in hunting it.

Sightings were frequent and often reported in small town periodicals. Fearful of attack, residents of the area painted seven-point stars on their barns, believing they would ward off the frightening monster. 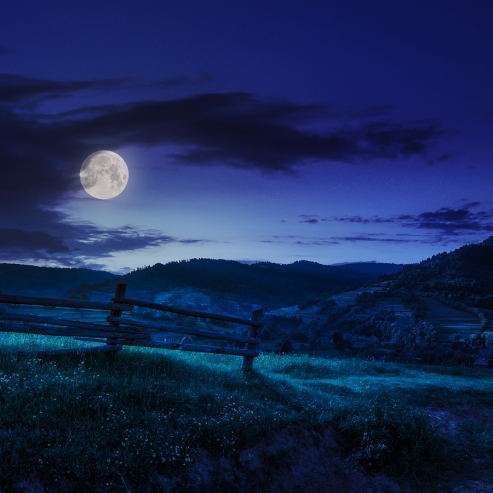 The beast did most of its hunting at night, carrying off unattended children, pets and farm animals. It moved swiftly, its extraordinary speed making it invisible in flight. Preferring to roost in barns, it would occasionally enter homes and steal objects it fancied. Later, the Snallygaster would replace what it had taken, returning the object to a different spot in hopes of confusing and frightening the owner. The creature made a shrill whistle-screeching sound and laid eggs large enough to hold a baby elephant.

Sightings of the Snallygaster continued for decades. In July of 1934 near Middletown, Maryland, several large explosions were said to be the sound of Snallygaster eggs hatching. An unidentified hunter claimed to have killed one of the hatchlings and said the carcass was approximately five-feet tall with speckled features, and four-inch claws.

The Snallygaster is believed to have one foe—a two-legged creature with the face and fur of a wolf known as a “Dwayyo.” Also sighted in Maryland, the Dwayyo and Snallygaster  are said to have engaged in several vicious battles throughout the decades.

Does the Snallygaster exist? There have been plenty of sightings through the years, and the creature was given enough credence in 1909 that Teddy Roosevelt almost canceled an African Safari to hunt it. But like most myths and urban legends, it remains a “what if” possibility to this day.

Maryland is practically in my back yard, and a favored stomping ground. The next time I take a drive through the “Old Line State,” I plan to be more vigilant in watching for Snallygasters. After all, it’s not every state that has its own mythical dragon!