I finally had a chance to catch up with the second part of The Hobbit last night, The Desolation of Smaug. I’ve been a fan of Tolkien ever since my tenth grade English teacher gave me his copy of The Fellowship of the Ring. That’s when my love of fantasy really took off. Tolkien’s books are loaded with all things mythical and marvelous—elves, dwarves, enchanted forests and lakes, wizards, and walking trees—just to name a few.  After watching The Desolation of Smaug, I thought it was an appropriate time to shine a spotlight on dwarves. Admittedly, Thorin and Kili might have had something to do with that. 😀

Not all dwarves were heroic warriors. Some were simple folk, concerned with agriculture and common tasks like smithing, baking and spinning. The Danes tell a folktale about a human farmer who leased a homestead that had seen numerous ill-fated owners before him. None had any luck tilling the land or raising a profit from livestock. Drought had struck the crops repeatedly, and disease thinned every herd. This farmer—a man, with a wife and two young children—hoped for better luck. 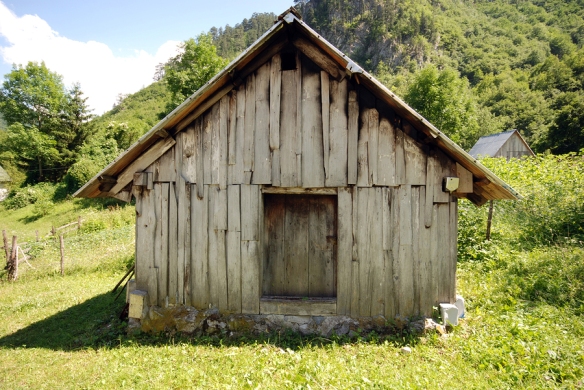 On the night he arrived—a fine balmy summer evening—he addressed the farm with what he hoped was a respectful greeting. “Good evening, farm.”

“Good evening,” a voice immediately returned. Sounding much like the croak of a toad, the voice came from the direction of the cowshed.

The farmer peered through the twilight, searching for the source, but saw no one about. Unsure if he had imagined the reply, he shrugged and added, “Well, whoever you are, come to the cottage at Christmas and show yourself.”

The next day he set to work, patching walls and re-thatching the roof, for the farm had fallen into a horrible state of disrepair. He stabled his herd in the cowshed, but not long afterward, one of his best cows mysterious went dry. In the back of his mind, he feared the curse of the farm would plague him as well.

Still, when Christmas Eve arrived there was a fat goose for the family feast, and plenty of ale. In the middle of dinner, as the family enjoyed their holiday fare, the door suddenly burst open with a gust of cold air.

A small gnarled man dressed in gray stood on the threshold. He surveyed them for a moment, taking in the shocked faces of the children, then called out a Christmas greeting. The farmer instantly recognized the croaking-toad voice he had heard the evening of his arrival, and invited his strange visitor inside. He offered the dwarf a plate of goose, and a mug of ale.

“You must come to the cowshed on New Year’s Eve so I may return the favor in kind,” the dwarf informed his anxious host after he had feasted.

The farmer was wary, but feared insulting a supernatural being. When New Year’s Eve arrived, he went to the cowshed as promised. The dwarf pointed out a hole in the earth ringed with loose soil, then vanished into the dark passageway. Growing ever more fearful, and not seeing how he could ever fit through such a small opening, the farmer nonetheless stuck his foot into the hole. He immediately dropped into a low chamber composed of clay walls and gnarled roots. Furnished with oil lamps and a table, the small space was cozy and inviting. The dwarf bade the farmer to sit, then gave him a steaming bowl of porridge. Before the farmer could take a bite, a fat drop of foul-smelling brown moisture plopped onto the table from the ceiling.

“You see why I curse the land now?” the dwarf asked. “The first owner built his cowshed directly over my home, and ever since the muddy floor has oozed through my ceiling and ruined my food. I bear no malice to mortals, but have blighted crops and cursed cattle as a result of my spoiled porridge. ‘Twould be better if we lived in peace. Move the shed at first thaw, so that we both may prosper.” 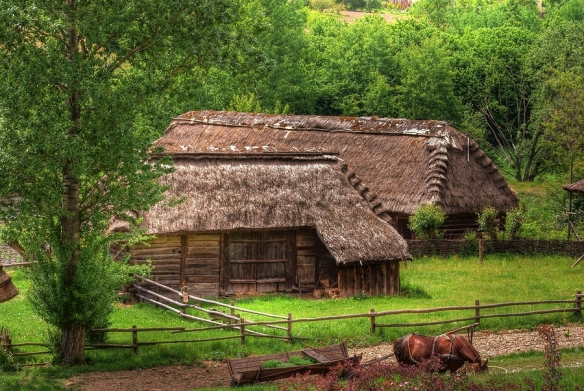 The farmer did as the dwarf requested, moving the cowshed as soon as the weather permitted. In return, his crops flourished and his dry cow gave an abundance of milk. Not only did he prosper, but his harvests where plentiful and his herds enjoyed good health and long days. The dwarf’s animosity became rich blessings instead, allowing the farmer and his family to thrive on the farmstead where all others had failed.

It’s interesting that there aren’t that many tales about dwarfs out there. I think some tales where imps are involved (like Rumplestiltskin) could also be interpreted with dwarves. Can you think of any fairy tales or myths that include dwarves? Do you have a favorite?

And the most important question—what do you think of Thorin and Kili? 😀