It’s been a long wait, but I’m pleased to announce that both of my books, previously released through Lyrical Press are now available through Kensington Publishing. YAY! I’ve really floundered not having them on the market the last two months, but everything (or most everything) has now fallen into place.

As a refresher, Lyrical Press was purchased by Kensington Publishing as a digital ebook imprint in early 2014. As a result my titles with Lyrical had to be pulled from retailers temporarily until new contracts were signed with Kensington.

The hunky young PhD knows all about seduction, but what does he know about love?

Reagan Cassidy is settled in her life. She has a thriving interior design firm, an upscale condo, two cats, and a goldfish. As a favor to her uncle, she agrees to team up with his marine archeologist friend to validate and retrieve a nineteenth-century journal, reputedly that of a passenger aboard the doomed schooner Twelfth Sun. Finding a hunky twenty-five-year-old coming out of the shower in her hotel room wasn’t part of the deal, but it’s hard to complain…

Dr. Elijah Cross is cocky and he knows it. He enjoys trading barbs with the lovely Reagan. Barbs, and some innuendo. He can tell she’d rather get back home to her business than stick around for the extended treasure hunt they’ve been talked into, but he’s fine with the situation. At least, until the “clues” start getting personal.

Reagan finds Dr. Gorgeous is as skilled in matters of the heart as he is behind the lectern. Throw in a series of clues which mean more to Elijah than he’ll explain, several odd-ball competitors out to win the journal, a saboteur, and a lavish seaside mansion, and Reagan has enough trouble keeping her head straight, let alone her heart.

TWELFTH SUN IS AVAILABLE FOR PURCHASE FROM:
Amazon
Barnes and Noble
Kobo
Coming to iTunes 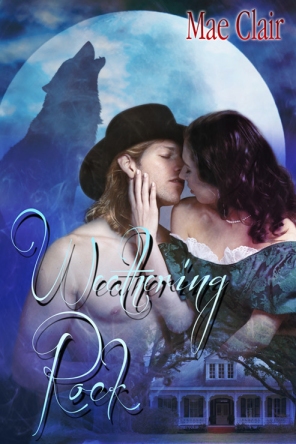 Drawn together across centuries, will their love be strong enough to defeat an ancient curse?

Colonel Caleb DeCardian was fighting America’s Civil War on the side of the Union when a freak shower of ball lightning transported him to the present, along with rival and former friend, Seth Reilly. Adapting to the 21st century is hard enough for the colonel, but he also has to find Seth, who cursed him to life as a werewolf. The last thing on Caleb’s mind is romance. Then fetching Arianna Hart nearly runs him down with her car. He can’t deny his attraction to the outspoken schoolteacher, but knows he should forget her.

Arianna finds Caleb bewildering, yet intriguing: courtly manners, smoldering sensuality and eyes that glow silver at night? When she sees Civil War photographs featuring a Union officer who looks exactly like Caleb, she begins to understand the man she is falling in love with harbors multiple secrets–some of which threaten the possibility of their happiness.

Finding a decent guy who’ll commit is hard enough. How can she expect Caleb to forsake his own century to be with her?

Weathering Rock is Available for Purchase from the following:
Amazon
Barnes and Noble
Kobo
Coming to iTunes

Both of these titles will also be available in POD format within 30-60 days. And now that I’m “Back in Business” again, I’m anxious to publish my short novella, SOLSTICE ISLAND.

I hope you’ll stop back later in the week when I’ll be doing a cover reveal. I’m pretty excited about it as I designed the cover myself. If all goes according to plan, SOLSTICE ISLAND will be releasing through Amazon before the month is out. My first indie title. As a result, you’re bound to hear me screaming about it. 😀