In the event you haven’t heard the news my publisher, Lyrical Press, has been acquired by New York house, Kensington Books. Lyrical will become the digital imprint of Kensington. While this opens new opportunities and potential for Lyrical authors, it’s also created some unavoidable issues.

For the present, until contracts can be signed between Kensington and its new roster of authors, Lyrical has pulled their books from online retailers. As I had just kicked off a blog tour for TWELFTH SUN, I’ve had to cancel that tour. I’m grateful to Literary Nook, my touring company, for their understanding of the situation. The book tour wouldn’t have made much sense without the ability for readers to purchase my titles. Even though they already had bloggers and reviews lined up, Literary Nook willingly cancelled the tour and invited me to contact them again whenever I am ready.

If you had planned to visit me during any of my stops, that tour is now in a holding pattern. It may be thirty to sixty days before my titles are available again. Hopefully, sooner than later. The good news is that if I sign with Kensington, WEATHERING ROCK and TWELFTH SUN will be available through POD as well as digital format. As soon as I know more, I’ll share the news. None of this however, changes what I had previously planned for indie pubbing SOLISTICE ISLAND and ECLIPSE LAKE.

It feels extremely odd not to have my titles available for purchase right now, almost as if a safety net is missing. When the dust settles, whatever the outcome, I believe it will be for the better. Apparently, 2014 threw me a curve ball right out of the box. An exhilarating one, but a challenge nonetheless as I work to get everything back in order. That pesky New Year, LOL!

So, although I’ve had to cancel my tour temporarily, new adventures await on the horizon!

Best to all of you,
Mae 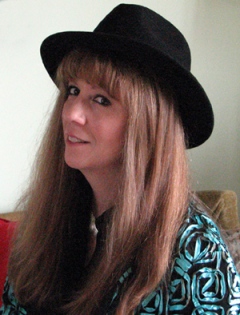 30 thoughts on “The Unexpected Curve Ball by Mae Clair”