Recently, my husband and I took a trip to a small town in West Virginia called Point Pleasant. Our entire purpose for visiting was so that I could do research for a novel I intend to write drawing on the Mothman legend, UFOs and the Silver Bridge disaster of 1967.

It was a 6.5 hour drive, but thankfully, most of that was by scenic highway. Visiting the area, talking to some of the people who live there and experiencing the surroundings firsthand gave me a much a richer view than I would have found online or in books. I definitely owe hubby a trip of his choice for this one!

Point Pleasant is a riverfront town located on the confluence of the Ohio and Kanawha Rivers. Morning to night water traffic is steady with powerful riverboats pushing enormous barges of coal up and down the waterways.

We found Main Street to be quaint but very old, positioned behind towering flood walls. On the opposite side of those walls lies a picturesque riverfront park with walking trails, spots for fishing, a large pavilion, open amphitheater and – most unique of all – endless hand-painted murals depicting the town’s history beginning in the early 1700s when it was a settler outpost. 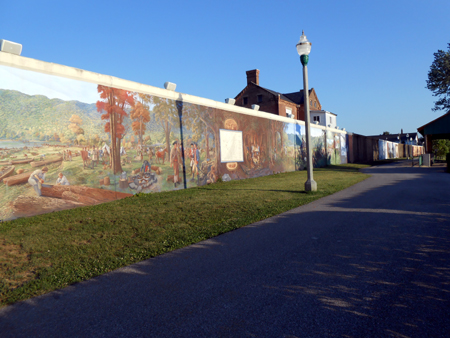 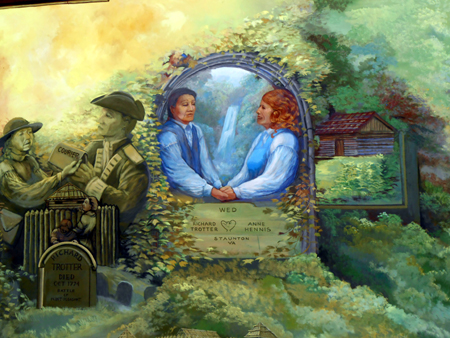 The first night we were there a duo of musicians with steel stringed instruments set up in the amphitheater and we lingered to enjoy the concert.  I was shocked more people weren’t crowded about. The park was never busy, no matter when we visited. When there isn’t live entertainment, music is piped throughout by speakers mounted on the floodwalls. Talk about a place for a writer to linger!

But, my main purpose for being there was to learn more about the Silver Bridge disaster and the Mothman. The original Silver Bridge collapsed into the icy waters of the Ohio River on December 15, 1967 during heavy rush hour traffic, claiming forty-six lives. Later analysis showed it was carrying much heavier loads than it was designed to sustain and had been poorly maintained.

Many, however, believe the Mothman — a giant humanoid winged creature with glowing red eyes, spotted numerous times in the Point Plesant area beginning in November of 1966 — was somehow tied to the bridge collapse. Some believe him a malevolent form, others that he was attempting to warn the town of impending disaster. Whichever account you favor, it’s undeniable that after the Silver Bridge fell, sightings of the Mothman dwindled then ceased altogether. Coincidence?

According to legend, the town of Point Pleasant was originally cursed by a Shawnee Indian Chief named Cornstalk in the years preceding the American Revolution. Once at war with the white man, Cornstalk eventually made peace and became a friend of the settlers. Through trickery and deceit, he and his son were unjustly imprisoned and murdered. It’s said that with his dying breath, Cornstalk condemned the region and its people down through the ages. Some believe the Mothman is an extension of that curse.

Although there were numerous credible eyewitness reports of “the bird” (as he was originally dubbed locally), the legend of the Mothman didn’t truly take wing until 1975 when John Keel wrote a New York Times best-seller about the events. THE MOTHMAN PROPHECIES  was later made into a movie in 2002, starring Richard Gere.

Having read the book, devoured the movie, and engaged in extensive online research — including much related to the Silver Bridge disaster – I was eager to discover the area myself. Did the Mothman still roam the skies of Point Pleasant?

Please join me next week as hubby and I set out in pursuit of this elusive urban legend, venturing into the remote “TNT Area,” said to be the site of an old Indian burial ground. Ghost hunters frequently visit the region, and it was featured on A&E’s Paranormal State.

Legend has it that even George Washington recorded “strange sightings” in his early surveys of the area and, if viewed by satellite, the region is “blurred out” in the same manner as Area 51.

Next week on Mythical Monday, I’ll be share my own experiences in this isolated region as my Mothman search continues! I hope you’ll join me  for the conclusion of my two-part blog. 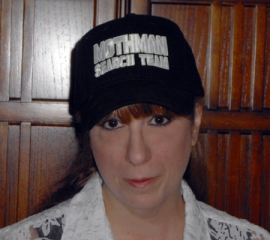 29 thoughts on “Mythical Monday: In Search of the Mothman by Mae Clair”