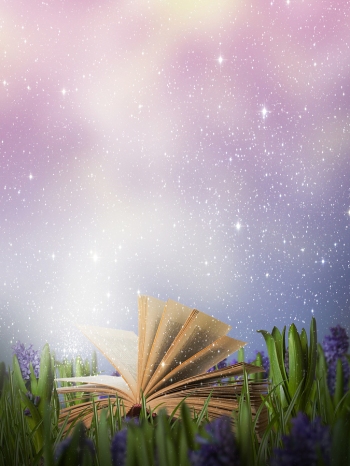 Hello and welcome to another Wizard with Words post.Today I’m pleased to have  Lorraine Paton as my guest.

Lorraine and I go back to the days of Six Sentence Sunday when we were both sharing snippets of our work. I’m excited to announce she has now released her debut novel, DEVIN’S SECOND CHANCE, a contemporary romance and book 1 of the Morning Lake novels. I’m really looking forward to this one and hope you’ll welcome Lorraine as she tells us a bit about herself and her particular style of writing.

I’m so happy to have you here, Lorraine. To start, how about sharing what first prompted you to begin writing?

Lorraine:  First, thank you for having me on your blog, Mae!  I’m thrilled to be here! Now, to answer your question: When didn’t I write? I remember when I was about thirteen doing research at the local library so I could write an historical.  The story didn’t actually go anywhere, but I had a plan! Somewhere around 2000, I ended up having a bit of time on my hands.  It was during that time that I had an idea that wouldn’t let go.  It was a vivid scene.  From there, I had to figure out who the characters were and what lead them to that point.  I winged it and ended up writing my first full length historical romance. I freely admit it was horrible, but it was so much fun!  After that I was hooked and eager to write the next and the next…

Those days of first falling in love with writing were wonderful, weren’t they? I guess it goes without saying that as authors we never fall OUT of love with it. 🙂 Speaking of which, tell us about your new release, DEVIN’S SECOND CHANCE.

Lorraine: Devin, the widowed, former bull-riding hero that he is, came to me first.  In this book, he is forced to deal with his painful past when he falls in love with Claire Best, who must face the possibility of her own uncertain future after discovering she may have cancer. There are a number of important secondary characters who help Devin and Claire along this path, whether they realize it or not. One is Devin’s matchmaking mom, Helen, who launches her big plan to throw the two together at the rodeo. Jay, the teenager of Claire’s summer renters, is also critical to their journey.  Devin takes Jay under his wing to teach him a few things about responsibilities and hard work, and ends up learning a few lessons from “the kid.”

It sounds wonderful. I especially enjoy a novel where the secondary characters are pivotal to bringing about an HEA for the H/h. Do you have a favorite scene in the book? Without giving too much away, what can you tell us about it?

Lorraine: Oh, this is easy!  I loved writing the rodeo scene!  I drew on memories I had going to rodeos as a little girl, and tried to imagine what it would be like for someone who’d never been to a rodeo before.

That would be me, LOL! *raising hand* I’ve seen them on TV, but I’ve never been to one in real life, so I’ll be looking forward to that scene.

Okay, technique time. Do you decide on setting or characters first?

Lorraine:  I usually have either one of the characters or a particular scene to start.  That said, now that I am writing a series I know the setting first and I have heaps of characters eager for me to write about them!  So, maybe things are changing.

Do you have a favorite time of day to write when you’re more productive or creative than other times?

Lorraine:  I like getting up in the morning and writing.  It is usually quieter and I have fewer distractions.  Unfortunately, I can only do that on the weekends.  So, my second best time is whenever I have the house to myself.

What attracts you most to your genre?

Lorraine:  I am a complete sucker for a happy ending.  There is something immensely satisfying about knowing everything is going to work out for the characters.  It is what I read, so I’m naturally drawn to writing them. As a writer, I also find romances to be challenging–afterall, everyone knows how the book is going to end–so I have to push myself to find new, fresh ways for the romance to enfold.

Very good point! And I am a sucker for an HEA too. What is the current title you’re reading on your Kindle/Nook or in print?

If you could have a coffee date with an author of your choice to discuss technique, who would you choose and why?

Lorraine:  Oh, tough question! My first impulse was to say J.K. Rowling or J.R. Ward, but now that I think about it a bit, I’m going to choose Elizabeth Hoyt.  I love everything she’s written. To me, her imagery creates a rich texture, her characters are complex, and her plots have a goodly amount of twists.  I also think the romance between her two main characters is always wonderfully rendered.  She writes historicals, but the way she does it feels fresh and new.  I’m not sure what I’d talk to her about specifically, though, since I’d be in awe, and probably tongue-tied and awkward.

I’m definitely going to have to look her up. I enjoy historicals but I especially love romance reads with complex characters and multi-layered plots with twists! I know that DEVIN’S SECOND CHANCE is the first of a planned series. Can you tell us what we can look forward to with the remaining books in the series?

Lorraine: The Morning Lake series is a collection of stories set in the same small town, Morning Lake.  This fictional town is situated in Alberta, Canada.  In addition to the setting, each book also shares the same older woman, Helen Trent, who likes to think of herself as a bit of matchmaker.  I have another novel, Annie’s Christmas Plan, and a novella, Chloe’s Matchmaking Terrier, scheduled for release in 2013.  I’m also already planning more in the series for 2014–I have outlines for an additional three books!

Wow, you are definitely busy! It sounds like a fun series. I’ve enjoyed learning about Canada through the posts you do on your blog and I look forward to meeting all these characters. Do you have any other projects you have in the works?

Lorraine: Yes!  I have a historical paranormal romance, Awakening a Witch, which is undergoing edits and will soon be ready for beta readers, and a contemporary paranormal romance, which I’m working on with my critique group. I don’t have a title for the contemporary one yet, but I’m almost finished the first draft!  The paranormals are quite different from the Morning Lake series, so they are a fun change.

Paranormals work for me, historical or contemporary. I can’t believe all the projects you have in the hopper! Okay, now some quick stuff for the fun of it!

Book you would like to see made into a movie: Something by Elizabeth Hoyt.  To me, her books are so vivid they play like a movie in my head when I’m reading them.  I think To Beguile a Beast would be great, or maybe one of her Maiden Lane books.

Book you wish had never been made into a movie: Probably one of the last Harry Potters. Oddly enough, I love the movies, but I felt there was so much to the story they couldn’t possibly capture in a single movie.

Dream vacation gifted to you by a fairy godmother: Greece (I was “this close” to doing a master’s degree in classics, so I’m drawn to those ancient sites!)

That was fun! Lorraine, thank you again for visiting my blog and taking the time to do an interview with me. I wish you much success with DEVIN’S SECOND CHANCE and can’t wait to read it!

Blurb for DEVIN’S SECOND CHANCE: Cowboy Devin Trent’s life has been stuck for years, unchanged since his unfaithful wife died, and he is determined to keep it that way — an ever-present reminder of why he doesn’t deserve a second chance at love. Claire Best, by contrast, is in turmoil – she is renting her house to summer folk, she is planning a big fundraiser, and her doctor has discovered something that needs to be investigated.

Pulled together by the fundraiser, Claire’s teenage renter, and Devin’s matchmaking mom, their immediate attraction quickly escalates to more, but Claire fears her own health worries will only resurrect Devin’s pain and grief over his wife’s final days and she is willing to sacrifice her own happiness to protect him.

Can they overcome their pasts and listen to their hearts before their happily-ever-after slips away?

EXCERPT:
Luckily, the sun was high in the sky now, minimizing the chance of glare in the photos. The bull- and bronco-riding arena was only ten feet in front of her, much closer than she had imagined, so she changed the lens on her camera and waited.

Claire leaned forward and turned on her camera. A cowboy was poised atop a horse in a chute beside the arena, then the gate was thrown wide, and man and beast careened into the open. The animal looked some pissed, charging around the pen, jumping and bucking. The cowboy had one arm flung back and the other holding a little leather handle as he was tossed up and down. As far as Claire could tell, he was doing his best to get whiplash. His hat flew off. Then, half a heart beat later, he somersaulted over the front of the horse.

Oh God, he was hurt. He had to be hurt after all that.

She rushed to her feet. Where were the medics? What could she do to help? She only knew rudimentary first aid. Then she realized everyone else was clapping and cheering.

Claire put her hand over her heart, willing it to slow. She watched a couple of other men settle the horse and get it out of the area so the next competitor could do his thing. The cowboy was already standing. Grinning, he waved to the audience, and in return, the crowd and the announcer hollered their support.

They were insane. All of them.

Claire sat beside Helen. She held her camera, but she hadn’t taken a single photo. 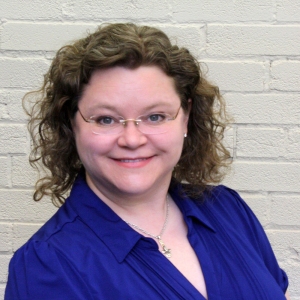 AUTHOR BIO
When Lorraine Paton finished her master’s degree, she was tempted to sign on to do a doctorate, but then she realized she wanted to write fiction more. So, by day, she works in a hectic office, and by night, she lets loose her passion for writing romance novels. She lives with two cats who hate one another and a wonderfully patient man with a sexy Scottish accent in Alberta, Canada, which is where her contemporary stories take place. A diehard romance reader and writer, her goal is to bring happily-ever-afters to as many people—or characters—as she can. Devin’s Second Chance is her debut novel, and she’s excitedly planning the release of more stories in 2013 and beyond!