I’m pleased to welcome another Wizard with Words today, my friend Jessi Gage who has just released her contemporary/paranormal romance, ROAD RAGE. This is an awesome story that deserves every one of the five stars I gave it on Amazon. Check out the fantastic blurb, and then dive into our interview to learn more about this wizardy writer and what makes her tick.

BLURB for ROAD RAGE
He has anger issues and she has amnesia, but together they have amazing chemistry.

Lashing out in anger, construction worker Derek causes an accident on the freeway. His truck escapes unscathed, but he can’t say the same for his conscience. Plagued by nightmares of the wreck, his only comfort comes in the form of nightly visits by a mysterious woman who interrupts his dreams with sensual caresses and words of solace.

Cami has no idea who she is, until she wakes in a hospital bed and learns she’s been comatose due to a car wreck. Her visits with Derek must have been a dream, so why can’t she shake the feeling he was a real man who truly needed her help?

When Derek learns his mystery woman is none other than the driver of the car he cut off and she is fighting for her life, he must decide: Is he man enough to face her and ask forgiveness, or will he run away and avoid the consequences of his anger, yet again?

Jessi, I’m glad to have you here today. To begin, please share a little about yourself and how you developed a passion for writing.

Jessi: Thanks for having me, Mae! Your passion for writing definitely comes through in your blog. I love your Mythical Mondays, especially when they give me goosebumps!

My passion for writing started when I was pregnant with my daughter, who is now almost 4. I was 3 years deep in a PhD program. While conducting research was fun and fulfilling, it was clear to me I wasn’t cut out to be the intellectual engine driving the research, which is what earning a PhD is all about. I found myself struggling to focus on my general exams. My brain kept wanting to go to the story I had been writing for a few months, which was quickly turning into a novel. Looking back, I can see what a train wreck of a novel it was, LOL, but back then, I thought I had the potential to be the next Stephen King. I mean I read his book ON WRITING so I should be able to write as well as him, right? LOL!

After a mental and emotional battle with myself over quitting the PhD program, I finally gave myself permission to step back from a career that wasn’t a good choice for me. Once I did that, I was able to focus without guilt on improving my writing skills. Six books and 4 years later, I landed my first publishing contract with Lyrical Press, and I’m so thrilled I get to stay home with my kids now and write during those precious few downtimes I get throughout the day.

That is certainly an interesting path to writing! It sounds like you are more than happy and fulfilled by your choice. And now for ROAD RAGE…I believe I finished the book in two days, it was that addictive. Your hero Derek Summers has a problem with anger management which is unusual for the hero of a romance novel. What made you decide to give Derek such an aggressive personality trait?

Jessi: All good heroes have areas in which they are imperfect. Some common examples include extreme protective instincts (read alpha male), workaholic, commitment-phobe, jock who gives more of his heart to his sport than the women in his life, and on and on. Many of the imperfections have plus sides that turn us romance addicts on. The uber-protective male has the dominance needed to win the heart of the woman who doesn’t trust easily. The workaholic has the determination needed to work through relationship challenges. The commitment-phobe can share his free-spirited nature with the repressed heroine, etc.

I looked at anger, an ugly imperfection if ever there was one, and thought about the flip side. What makes a character angry? Is there ever a justification for anger? How could a heroine help a hero work through his anger? Can anger ever be sexy? Romantic? Answering those questions I learned who Derek was and why his story absolutely had to be told.

I enjoyed reading a different type of romance hero. Cami, by contrast to Derek, is a people-pleaser. She has some emotional baggage which defines her personality and – interesting twist – is terrified of driving on the interstate due to an event from her teen years. I have to admit I prefer taking back roads to the freeway any day, but Cami’s aversion is obsessive. What prompted you to come up with such a unique disorder?

Jessi: Um. I started writing ROAD RAGE soon after I was in an accident on the freeway. Fortunately, the accident wasn’t serious, but my daughter had been in the car with me, and I got to thinking about how much worse it could have been. I was a bit gun shy about driving on the freeway after that, especially merging at high speeds, which is how the accident happened. I’m also a bit of a people pleaser, though the older I get the less I care what others think of me. So Cami is an extension of myself. She’s definitely a people pleaser with some baggage, but her flipside is that she’s compassionate enough to look past Derek’s anger and see the man hurting deep beneath that prickly veneer.

I’m glad the accident wasn’t serious, but I can certainly understand how and why that would shake you up!

There’s also a paranormal element to ROAD RAGE which allows the book to work on multiple levels. Without giving too much away, part of Cami and Derek’s connection is related to a dream state (during which a lot of sexy shenanigans take place 🙂 ). Both Cami and Derek behave differently than they do in the waking world, almost direct parallels of their flesh and blood selves. Intentional?

Jessi: Cami’s excuse for acting different (freer, less cautious) is that she has no memory of who she is or what she’s doing in Derek’s room during the night-time hours. Derek’s excuse is he believes he’s dreaming and that Cami is his very own personal dream girl. They both get a chance to let down their walls and let the other in. Then, when Cami wakes from her coma and no longer appears to Derek at night, they realize what they gained from each other and realize how their lives need to change. So, yeah, intentional. The paranormal aspect serves as a mirror to show the characters what they could have if they change.

Let’s talk about research. I was amazed by the amount you must have done in relation to several plot points in the book – motor vehicle law and, especially, ICU procedure and medical care for head trauma patients. Did you use mostly online sources for your research?

Jessi: I have a private investigator (PI) friend who met with me over several cups of coffee to talk about road rage laws and consequences. In fact, the police lieutenant I wrote into the book is based on this friend. He was a dear and even found California-specific laws and procedures, so I could make Derek’s consequences as realistic as possible. For the medical aspects, I drew on some of my training in speech and hearing sciences. I was fortunate enough as an audiologist to work in hospitals with people who had suffered injuries like Cami’s.

Do you have a favorite scene in the novel?

Jessi: The first sex scene. The sex scenes are always my favorites!

LOL! From start to finish, how long did it take you to write ROAD RAGE?

Jessi: It started as a 20,000 word novella that I wrote in a few weeks. I submitted it to agents and had my absolute top choice for an agent reject it but say, if this were longer and the characters more developed, it would be great. So I took her advice and turned it into a 78,000 word novel. By that time, I had found a wonderful publishing home at Lyrical, so I never resubmitted to the agent, but I’ll be forever grateful to her for the encouragement.

When you’re developing a novel, do you have a system you follow? Are you a plotter, panster, or somewhere in between?

Jessi: I’m a pantser who loves worksheets. I don’t outline per se, but at the start of each scene I make notes about whose pov the scene is in, what their goal is (characters MUST have a goal in every scene or there can be no genuine conflict), what gets in the way of that goal, what action takes place in the scene, and how the scene ends so the reader MUST keep reading (hook). The tops of my scenes look like this:

If I take a few minutes to fill that information in, I can usually write the scene pretty quickly. By now it’s such a habit that I can hold the information in my mental queue. I still write it all out though, if I’m struggling with a particular scene. It really helps me.

Great process! Do you have any projects in the works you’d like to tell us about?

Jessi: I’m writing the second novel in my Highland Wishes series that started with WISHING FOR A HIGHLANDER (Lyrical Press, January 2013). THE WOLF AND THE HIGHLANDER tells the story of Anya, the villainess in book 1. It’s this close to being done *fingers almost touching*. When I write the end, I’ll start on a novella that will be a prequel to the series (Constance and Wilhelm’s story).

ROAD RAGE is a contemporary departure from my Highland time-travels. I have another contemporary, JADE’S SPIRIT that I plan on publishing next year, but first, I need to wrap up Highland Wishes book 2.

Favorite day of the week: Wednesday (This is the day I always have the most time to write)

Dream vacation gifted to you by a fairy godmother: One week alone with my laptop in an Alaskan cabin with Wi-Fi

If I couldn’t be a writer, I’d want to be: an audiologist

Thanks, Jessi. It was fun having you here today (and that Alaskan cabin sounds divine!). I wish you much success with ROAD RAGE!

Thanks for having me, Mae! I loved your questions, and I’m so glad you liked ROAD RAGE! 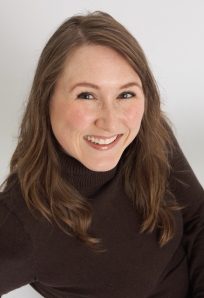 AUTHOR BIO
Jessi lives with her husband and children in the Seattle area. In addition to writing paranormal romance, she’s a wife, a mom, an audiologist, a church-goer, a Ford driver, a PC user, and a coffee snob. Her guiding tenet in her writing is that good triumphs over evil, but not before evil gives good one heck of a run for its money. The last time she imagined a world without romance novels, her husband found her crouched in the corner, rocking.

Jessi Gage is also the author of WISHING FOR A HIGLANDER

21 thoughts on “Wizards with Words: Jessi Gage with Road Rage”