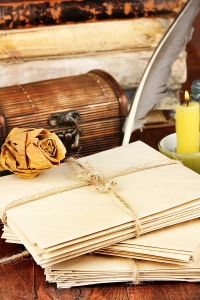 It’s always a fun day when I have Donna Cummings on my blog! I met Donna last year when I read her novel LORD MIDNIGHT and immediately became a fan for life. If you enjoy “humorously ever-after” romances, you need to check out Donna’s collection of delightful novels which include, LORD MIDNIGHT, SUMMER LOVIN’, and I DO…OR DIE.

I invited Donna today to talk about her newest release, BACK ON TRACK, available for purchase on April 2nd. She graciously came up with a yummy post to share, so sit back and enjoy as Donna takes control of “my pen” for the day!

I am so ready for springtime. For me, it starts with my favorite holiday: the return of Daylight Saving Time. I’m willing to give up an hour of sleep, since I can just drink more iced coffee while I bid a happy farewell to winter.

Even better than additional daylight is baseball spring training, which, ironically, starts in the midst of winter. But baseball is filled with wonderful contradictions like that. It’s one reason I’m such a fan.

I revel in the slow, easy pace of the game, allowing you to carry on a conversation with your neighbor and then completely miss the monster home run that everyone will talk about for months. I love the strategy, and the statistics, and the speculation of whether a player will bunt or swing for the fences. . . and then he strikes out on the final pitch. I even enjoy stretching in the 7th inning while singing a corny tune about taking me out to the game while I’m already at the game.

This year I’ve been anticipating spring and baseball even more than usual, because I’m excited about my upcoming release, Back on Track, a novella that is part of the Strangers on a Train series from Samhain. I wrote this story during the bleak, dark days of winter last year, but I got the publishing offer on a delightful spring day.

Also, the book will be released just two days after baseball season starts, which is perfect, since the hero, Matt Kearns, is a superstar baseball pitcher. It’s also set on the Napa Valley Wine Train, which — heck, that’s good all the time, winter or spring.

Matt set his wineglass on the table next to him. He didn’t want to be here, but his best friend had assured him this was a good distraction, something to keep his mind off the possibility of being sent down to Triple A for rehab.

This might not be the best place to mention that particular word. It meant something entirely different in his profession, though.

The prospect of it didn’t make him happy. He’d spent his entire life throwing a baseball faster than anybody else, and he didn’t want that taken away from him. What if he got sent down and never made it back to the top?

“I can’t believe you talked me into this,” Matt grumbled, rubbing his shoulder although it felt fine. “I hardly ever drink wine.”

“It’s because you need to get out more.” Troy didn’t look in Matt’s direction as he answered. He was too busy checking out a leggy blonde across the aisle who was practically blowing kisses his direction.

“Every time I get out more, I’m bombarded with fans.”

That made Troy spin around in his chair. “Oh, boohoo. It’s so tough to be the world-famous—”

“Ssh!” Matt said, tugging on his cap. “I’m trying to be incognito today.”

But he was also lying to himself, because as much as he didn’t want to deal with overzealous fans every time he left the house, he worried just as much that people wouldn’t remember him if he was away from the pitching mound too long. He hated when the season ended before he was ready. And he didn’t want to think about it possibly becoming a permanent thing. That was more painful than hurting his arm in the first place.

“I don’t know what to do when I’m not playing,” Matt admitted.

Matt frowned at Troy’s cheerful pronouncement. “I know it shouldn’t be, and sometimes I wish it wasn’t. But right now, when it feels like it might all go away… I could get sent down for rehab and then disappear for good.”

Troy snorted. “You’re not going to the Bermuda Triangle.”

“Hey, players get stuck in the minors all the time. It could happen to me too.”

Troy gave Matt his full attention. “Look, we’ve been friends a long time. Ever since I beat you up in first grade.”

“You threw a sucker punch. While I was dutifully eating my PB and J before recess.”

“Whatever. What I’m trying to say is, I know you, and I know how important baseball is to you. It has been for a lot of years. It’s not going away any time soon, even though it might feel like it right this minute.” He stopped to make sure Matt was listening to him. “But no matter what happens, you still need to add something besides baseball to your life.”

Matt shook his head, not wanting to hear the words.

“You know I’m right about this. So try to have some fun today. It’s only a few hours. About nine innings’ worth, actually. And no, we’re not going to stop by the stadium later.”

Matt didn’t have a chance to retort, because Troy gave him a cheeky grin and shot out of his chair, intent on talking to the blonde he’d been eye-flirting with.

Matt watched him go, envious of Troy’s easygoing approach to life’s problems. It was one of the reasons they had been friends for so long. Troy’s casual manner blended with Matt’s more driven methods, making them a great team.

And Troy was probably right—Matt knew he needed a diversion, something to get his mind off his worries about the future. But he wasn’t exactly the best companion today. He leaned back in his chair, slowly rotating his arm, trying to convince himself everything would be fine. It had to be.

In the next instant, a goddess sat down in the chair Troy had just vacated. Matt blinked, taking in the shiny black hair she brushed away impatiently and pretty blue eyes that nearly made him forget all his troubles. She wasn’t trying to hide any of her curves in the outfit she wore—a bunch of layered T-shirts and snug jeans—and there was something sexy about the toes peeking out from her gold sandals.

Most of all, though, he was struck by her tentative air and the way she inhaled, as if gathering her courage. He couldn’t imagine what she had to worry about… Unless she was about to ask for his autograph.

He nearly groaned at the realization. So much for his attempt to disguise himself.

“Hi,” he answered, crossing his arms and tightening his mouth into a forbidding line. If he was lucky, she’d get the hint and leave him to wallow in his misery.

Instead, she smiled and said in a nervous rush, “I’m going to tell you three lies about myself.”

A Strangers on a Train Story

Allie Whittaker is in a dating slump, too busy getting her fledgling marketing company off the ground to have a personal life. All that could change, though, if she can get baseball superstar Matt Kearns on the cover of a charity calendar. Except Matt won’t even talk to her.

Matt is in a slump, worried his career might be over. A Napa Valley wine tour isn’t enough to take his mind off his troubles–until sexy, funny Allie plops into the adjacent seat and tells him three things about herself. One of them, she says, is a lie.

Matt can’t resist playing along, and soon the afternoon getaway becomes an interlude with lies, truths, and desire flowing as fast as the wine. Then Allie lets slip one truth too many…and they both realize they’re playing for keeps.

Warning: A handsome hunk, a determined lady and a few glasses of wine. Throw in a little on-the-run action, and what more do you need to while away an afternoon? 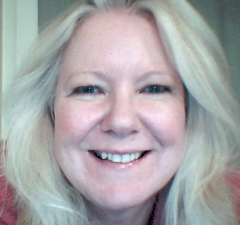 Author Bio:
I have worked as an attorney, winery tasting room manager, and retail business owner, but nothing beats the thrill of writing humorously-ever-after romances.

I reside in New England, although I fantasize about spending the rest of my days in a tropical locale, wearing flip flops year-round, or in Regency London, scandalizing the ton.

Back on Track will release from Samhain on April 2, 2013. Available now are I Do. . .or Die, a romantic comedy/mystery from Crimson Romance, Summer Lovin’, a contemporary romantic comedy novella, and Lord Midnight, a Regency historical.

You can find Donna at the following haunts:

22 thoughts on “A Pen Pal Welcome to Author Donna Cummings, by Mae Clair”