I’m happy to showcase this beautiful cover for WATERSHED, Book 1 of the Love Where You Roam contemporary romance series by my Lyrical Press sister, Cd Brennan. Mark your calendars and TBR lists for its March 4th release! 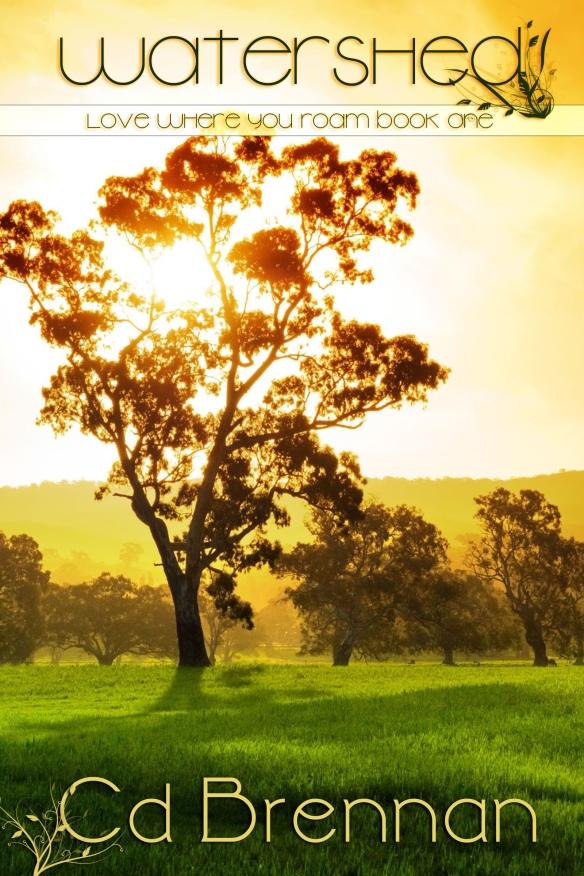 Blurb
She left home to find herself…and found love along the way.

Maggie isn’t looking for love on her backpacking trip through Australia. She’s got enough man troubles back in Ireland. Australia is her escape, a place of adventure where she can create memories to last a lifetime.

But some memories won’t be left behind.

Gray is ready to quit hiring backpackers to help with the work on his remote Queensland cattle station when Maggie turns up. She’s just passing through, but the connection they forge during the long nights herding cattle won’t be so easily cast aside.

CONTENT WARNING: A strong-willed Irish heroine, a stubborn Australian hero, and oceans of difference to bridge for love.

Excerpt
“In Ireland we have the Banshee.” Maggie broke Gray’s daydreaming with a start. “She is the omen of death and the messenger from the Otherworld.”

She continued in a whisper. “Often she appears an old hag. Folklore says she may also appear as a stunningly beautiful woman.” Maggie raised her brow at him, her eyes twinkling with fun.

Gray threw his head back and laughed, and she joined him. There was no shaking her. He decided he wasn’t going to best Maggie, and for the first time in a long time he was content with that.

He shifted so she had to settle against him. He heard her sigh as he wrapped his arm around her. They sat watching the fire, listening to the sounds of the bush settle for the night. It was peaceful and, Gray had to admit, romantic. He smiled, fulfilled after a long day’s hard work, some good bush tucker and a beautiful woman by his side. He had almost worked up enough courage to kiss her when she shivered, wrapping her arms around herself.

“I’m going to sleep.” Pulling off her trainers, she climbed into her swag. “Goodnight.” 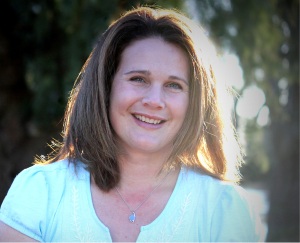 Author Bio
Having traveled and lived all over the world, Cd Brennan now talks with a strange accent, a mix of distant terminology, a blend of culturally cute but confusing euphemisms that leaves everyone looking at her with a blank stare. Luckily, her Australian husband (who she met in Ireland) and her two Aussie/Yankee sons have no problem understanding her – well, except for the word “NO”.

Now settled back “home” in Michigan, she enjoys reliving her glory days by writing about them. She considers the last fifteen years abroad the perfect research for her Love Where You Roam series; matchmaking women and men from different cultures, even different hemispheres, helping them find their true one across oceans of difference.

As destiny plays a hand in all the stories, Cd Brennan truly believes that what is for you, won’t pass you by. She hopes to inspire others to get out there: “Sail away from the safe harbor. Catch the trade winds in your sails. Explore. Dream. Discover.” [Mark Twain]  And of course, fall in love.

Add WATERSHED to your Goodreads list here, then look for the release on March 4th!