Happy Thursday, Everyone!  Today, I’m sharing a post I wrote several months ago for Venture Galleries. Since it never appeared on my blog, I thought it would be a good one to share. It’s my take on the pitfalls of spreading yourself too thin!

Transposing words is a stupid mistake.

Both are red flags that I’m spreading myself too thin. That’s a hard lesson to learn when you’re used to rising to challenges and tackling most anything thrown onto your plate. Case in point: I’m a new author. I sold my first book, WEATHERING ROCK, last February and it published the beginning of October. Prior to that contract/sale, I was without a presence online.

Fortunately, my ‘day job’ is marketing, so I knew about branding and building a platform. What I didn’t know was how to go about it, and what social media tools would net the best return-on-investment of time.

In the world of advertising, whatever your product or service, the goal is to float to the top when that particular brand/service is mentioned. Top of Mind Awareness. TOMA is the golden standard everyone hopes to achieve.

There was a time (in the days of yore) when businesses used the bulk of mediums available to them, hoping to obtain TOMA. Many felt the need to be everywhere. Web, print, direct mail, radio, etc.   Most businesses, however, work with a budget and only have x-dollars to spend. When invested in multiple mediums, there isn’t enough for impact, only a ripple. Poof, and you’re done. Advertisers became smarter and realized they weren’t netting a good ROI.

I look at social media the same way. I could be everywhere, spending five minutes here, five minutes there, but am I making an impression?  I’d rather put most of my eggs in one basket, rather than having many baskets with one egg.

When WEATHERING ROCK went under contract, I had to learn the ropes of how to brand myself online. The more I studied the advice of other authors, the more I lumped onto my plate. 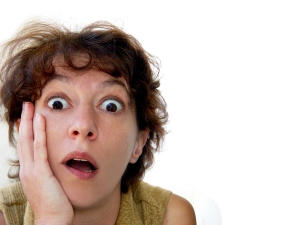 Every time I blundered through one outlet (and there was plenty of blundering in the beginning), something new surfaced to take its place. The parade of things I had to learn seemed endless. That conjured the phantom of doubt and despair. You know the one . . . it slithers from the cracks, waiting until you’re exhausted to whisper you’ll never learn it all. I went many rounds with that loathsome wraith.

According to all the research I did, it wasn’t enough to be online. I had to build a social media fiefdom – – website, blog, Facebook, Twitter, Goodreads, Google +, Pinterest, Tribber, writing forums – – and that felt impossible. It was like getting sucked into a sinkhole.

In the beginning, I made an effort to be everywhere. Eventually, however, I remembered the rule of TOMA. I wanted to connect with people rather than being a ripple quickly forgotten in their social media stream. That meant investing more time in a few baskets, rather than minimal time in many.

These days, I am still pretty much everywhere online but I’ve come to the conclusion many of those mediums won’t grow beyond a splash. At least not while I’m juggling a full-time job.

I enjoy blogging, Triberr and Twitter and find them the most effective. For someone else it might be Facebook, Google + and Pinterest. It’s a matter of deciding how many baskets and how many eggs are right for you. I’ve made friends with numerous authors, bloggers and readers. I’ve built, and will continue to build, relationships. It’s want I want. I’ve connected.

All was well until a new challenge reared its ugly head a few weeks prior to WEATHERING ROCK’s release. That’s when another author mentioned book reviewers to me. I knew my publisher sent ARCs to over a dozen reviewers but this author told me I should be seeking more on my own.

The Doubt Phantom crept back. Fortunately, it had less power to intimidate than before.  I gave it the boot and set out like a heroine on a quest, combing the web for book reviewers. And then it happened. The stupid mistake that still makes me cringe.

One night after a full day of work and several late night hours on the computer catching up with my blog, email, Twitter and Triberr, I decided to send off a book review request before calling it a night. By that time it was after midnight, I was exhausted and operating on low ebb, but I went ahead anyway. No amount of fatigue or murmurs from the Doubt Phantom would hold me back! I found a reviewer, and emailed the request. Tired, but victorious, I went to bed.

The next morning when I looked over the email I’d sent, I was horrified to realize it had typos. Not one, not two, but three!  Here I was asking a reviewer to read and rate my book, and I couldn’t even write a professional inquiry. Ack! Far too many baskets in that egg.

There was a point I would have beat myself up about that mistake for weeks, but I no longer have the luxury of time. I goofed, accepted the reviewer probably thinks I’m an idiot, got over my mortification, and chalked the whole thing up to a learning experience. When I’m tired and spread too thin, it’s time to call it quits and start fresh the next day.

Quality, not quantity. It’s an old idiom, but holds true. I’m in this thing for the long haul, not just to make a splash. I continue to grow, continue to learn, and – – I’m sure – – will continue to make mistakes. Hopefully, there will be less in the future.

What about you? What social media outlets do you find most effective? Have you ever made a blunder, as I did, that ended up contributing to your growth?

23 thoughts on “Mae Clair: How Many Baskets in an Egg?”