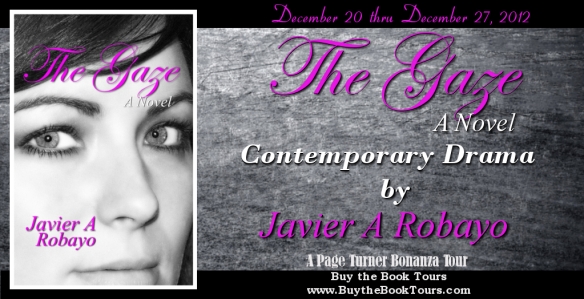 Blurb
As a sophomore in college, Samantha Reddick meets Tony Amaya, a brokenhearted young man, whose written words she keeps as a memento of a weekend long affair. The words, written on the back of a paper placemat, become her only solid ground during a tumultuous decade that nearly destroys her, leaving her searching for answers at the bottom of the bottle.

Haunted by guilt and the constant menace from a man she once loved, Samantha searches for Tony and inserts herself into his life through an online friend request to his wife, Gwen. Mutual curiosity opens the door to an unexpected friendship that becomes the catalyst of an inner battle between the better woman Samantha longs to be, and the Samantha who despises her own gaze.

Excerpt
Tony didn’t look nervous at all. Meanwhile I was awash in uneasiness at the prospect of bringing him into my dorm.

The story, all I want is the story and to find out what motivates such passionate writing, that’s all. Just the story…

I felt shaky while he walked. In contrast, his breathing was even as though he was so comfortable with the situation. I suddenly wondered if this particular situation was familiar to him.

We took the stairway to the second floor. Our footfalls echoed loudly, the sound joined only by the faint buzzing of the overhead fluorescent lights.

I unlocked the door with trembling hands that jangled the keys. Somehow, I found the light switch and chased the shadows away, revealing a second hand living room set on cheap flat carpeting. I peeled off my denim jacket and threw it across a chair in the kitchen nook. When I turned, I was surprised to see him leaning against the door, held back by uncertainty.

I held the paper placemat between us like an amulet to ward off his intensity. “Do you mind if I read it?”

He fixed his eyes on me and nodded before glancing away, his chin coming to rest on his chest. 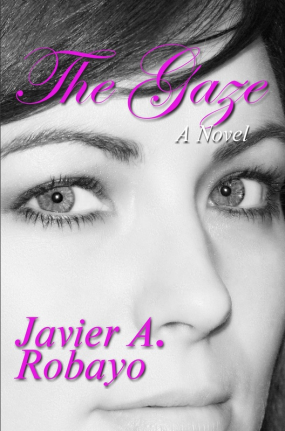 I started reading. It was far more intense than I could have ever imagined. It was nothing but raw fury and passion, a determined declaration of love. It read of this girl that had become the center of his thoughts, the very core of his being. I could feel my heart breaking as I was overwhelmed with the strange notion that I wanted to be this Gwen of his. I wanted to know what it was to feel such passion, such love. Tears sprung in my eyes and I cried for him, for this fortunate girl…

He didn’t ask what was wrong right away. He simply stared just past my shoulder while I made a futile attempt to dispel a sob. I muttered that this was beautiful and he gave me a sad, crooked smile as a tear rolled off the corner of his eye before he turned his face away.

I don’t know what it was about that tear, but it made me go to him like a magnet to steel and place my hands on his face. His skin was burning. There was a little stubble that only made me too aware of his masculinity.
“Kiss me,” I whispered into those confused brown eyes of his. “Just kiss me.”

His hands found my wrists and his eyes stayed on mine. Need became a force as tangible as the strong winds that fuel a storm.

A tiny voice in my head was screaming all sorts of warnings but just when I felt rejection eating away at me, his eyes fell on my lips and after one breathless moment, he leaned down and kissed me.

Molten lead would have frozen my insides in comparison. I was trembling and when I felt his breath stutter, I opened my lips in invitation. He pulled away and a disappointed moan escaped my throat, allowing reason to slowly take root in my brain. I kept my eyes on his.

His hand held my face as delicately as a summer breeze. His thumb brushed away the tears I finally tried to blink away. His eyes seemed to glitter as they searched mine and time seemed to stop its endless march in perfect silence.

Was this wrong? I let out my pent up breath slowly in a sorrowful sigh as electricity crackled between us.

In one swift motion, his hands brought my face up at an angle and he kissed me so hard, I lost what little restraint I had left.

He loves someone else…

I felt weightless. His touch was firm yet gentle. The kiss grew needier and heat traveled down into my body, setting my abdomen aflutter. My hands found the flat planes of his chest and then ran down his sides to his hips. On their way back, they pushed his shirt up. His hot skin sent a pang of need that had my heart hammering in my ribcage.

My tickling fingers forced him to shift and pull away for a breath. I answered his smile with a lustful gaze as I brought his hands to the buttons of my uniform shirt.

His hands ventured over my abdomen and moved up to grace the underside of my breasts, making my head swim. I shrugged the shirt off and his t-shirt joined it on the floor within seconds.

We engaged in a stumbling waltz as we somehow made our way to my bedroom. Our clothes kept pooling on the floor, marking our passing like bread crumbs on an unknown trail. I was almost sick with need as the coarse hair of his chest made contact with my skin. When I felt him rigid on my thighs, I pulled hard on his neck, bringing him on top of me as he braced his fall with his arms on either side of me, never breaking from the kiss.

It took a few seconds before I realized what he meant. Shame colored me a shade of red I thought would make me glow in the semi darkness. “It’s okay, I promise…” I said breathlessly.

He gave me a dubious look that I hoped to eradicate with more kissing. His lips found my throat, my face, my shoulder, and I curled driving my hips up to meet him. He was being gentle, too gentle, I thought in frustration, when all I wanted was for him to go right through me. I grabbed hold of his hips, and then thoroughly enjoyed the feel of the muscles on his back as I pulled him into me. The sudden fullness forced me to bite my lip to keep me from crying out. It had been so bloody long…

“Kelly…” he whispered almost breaking the spell, but I was too far gone to care.

A thin wisp of rational thought told me he was probably thinking about someone else. I wondered if he called out Kelly only to remind himself that he wasn’t with the girl behind his writing. It didn’t matter. My body overrode my mind as he moved within me. I held on tighter, needing the closeness, if only physical.

…I’ll be no more than a transient thought in her mind, a small measure of time, insignificant. No more than a barely familiar set of notes to a song seldom remembered…

The lines of his writing flashed through my head as my breath grew shallower.

All I could do was accept this moment and quell my own thirst for that kind of love with what little he offered me. The kind of love he obviously reserved for the girl from his writing.

His muscles grew taut under my touch while I held my breath as the inevitable rush of heat converged into my center from all corners of my body. I parted the kiss and screamed my ecstasy, burying my face into his chest while he grew impossibly large in me before collapsing, his own conclusion reached. We held onto each other, our breath ragged, both of us feeling each other’s tremors. If this was the one and only time I was to feel this way, then I’d go into the grave smiling to the high heavens.

View the book trailer for THE GAZE here 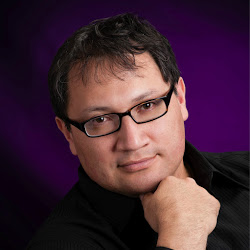 Author Bio
Javier A. Robayo is the author of THE GAZE and THE NEXT CHAPTER. He immigrated to the United States in 1988 at the age of 12 from Quito, Ecuador. He began writing as a way of learning English throughout his high school years, and studied at Slippery Rock University in Pennsylvania. He lives in Connecticut, with his wife, and two daughters, where he is currently at work on his next novel.