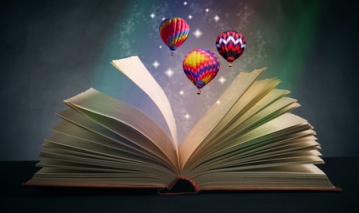 Hello, Wizard fans. I’m super excited to have Donna Cummings on my blog today. I ‘met’ Donna several months ago when I read her novel, LORD MIDNIGHT. Since then she has proven to be a delightful writer and a great author friend. Even better, she’s just rolled out a new release called I DO…OR DIE. I’ve already downloaded it on my Kindle and can’t wait to devour it from start to finish. Donna is a master at weaving flirty romance with humor. If you want a fun, sexy read look no further. Please welcome Donna as she shares a bit about her new release.

I love my heroines. They are fun, and witty, and they constantly surprise me with the outrageous things they say.

Shelby Atwood, the heroine from my latest release, I Do. . .or Die, has an extra special place in my heart. She’s sassy and determined and she speaks her mind in a way that makes me laugh out loud. But what I love the most is that little bit of vulnerability she tries to keep hidden. She thinks she’s keeping people at arms’ length, but her kookiness draws them in, and before she knows it, she’s letting down her guard and embracing love wholeheartedly.

But instead of me going on and on about Shelby, and her fear of commitment, let me give you a scene where she’s having lunch with her best friend, Alexa. Shelby has been Alexa’s maid of honor for three previous weddings, but the fourth wedding was interrupted by gunfire:

“You know,” Alexa said, taking a sip of wine. “Getting shot at was the best thing that ever happened to your love life.”

“I can’t believe you just said that,” I rasped, trying to dislodge the lettuce leaf threatening to close off my throat.

She chortled, way too pleased with herself. And only Alexa could chortle without sounding ridiculous. “I’m serious. If that man hadn’t been shooting at you, you’d never have met Ryan.”

“Even if that is true, and I’m not saying it is, I’d take it all back, even the Ryan part.” I blinked back some unexpected mistiness. “I mean, you’ve got a nasty scar, thanks to me.”

“Thanks to the shooter,” she amended, giving her shoulder a gentle rub. “Besides, Jordan thinks it’s sexy.”

I coughed. Jordan probably wet his pants every time he saw the scar, reminding him just how scary guns could be.

She gave me that look she always gave me when she didn’t want to say the word “bullshit” in public. It made me want to tempt her beyond endurance, so she would say it without censoring herself.

“I’m not really ready to talk about all that,” I said, truthfully.

I couldn’t stop thinking about Ryan. It was as if my brain was always looking for something I’d set down, like my car keys, and couldn’t remember where to look for them, because I’d put them in a different place than usual.

Or like my DNA had been put in a blender and whirled around, and now I was trying to reassemble the pieces into the Shelby I was used to dealing with.

One who didn’t refer to herself as a separate entity. Yeesh.

“Besides,” I added, “we need to talk about re-doing your wedding. That’s if you still want to do it again. You have a really good out this time, one you’ve never had before.”

Alexa took a long sip of her wine. I would have worried I’d offended her, except we’d gone past that milestone too many years ago to worry about it now. It was probably that embarrassing time in seventh grade when—

She set her wineglass on the table. “I’m actually done with weddings.”

It came out sounding like a maniacal shriek from an opera singer who’d stubbed her toe. In the next instant, I was swamped with relief that I could actually hang up my bridesmaid dresses and retire with dignity.

“Your bridesmaid days are over,” Alexa confirmed, taking a tiny bite of her salad in that elegant way she had. “I think I’ve done it right this time.”

I took a sip—okay, it was more like a gulp—of wine.

“Really?” I managed in a more refined tone this time. Talk about an excellent wine. My voice was already back to normal. “How can you be so sure? I mean, about not getting married anymore after this?”

She probably thought I was ensuring I’d never have to go through bridesmaid dress fittings, and bridal shower preparations, and rehearsal dinners, ever again.

But what I really needed assurance about was the being, and staying, married part.

How could you really know for sure you’d made the right choice? That was what really frightened me about marriage, and commitment.

I mean, I’ve bought the perfect pair of shoes and then had second thoughts the next day when I saw an even better pair—and on sale.

There wasn’t any money-back guarantee written into the wedding vows. And husbands didn’t seem to have as liberal of a return policy as my favorite shoe store either.

Was it any wonder I broke out in a sweat at the thought of choosing to stay with somebody forever?

Blurb:
“Always a bridesmaid, never a bride” is Shelby Atwood’s personal credo. She’s managed to avoid commitment all her life – no pets, no plants, not even a long-term lease. Heck, she’s had colds last longer than her romantic relationships. How could she be any other way when she has a gigolo for a father?

But then gunfire erupts at the latest wedding she’s agreed to be in, and it ends up being the best thing to happen to Shelby’s love life. Detective Ryan Nichols is assigned to the case, and when the shootings don’t stop, he becomes her 24-hour bodyguard. Shelby wouldn’t mind except Ryan is too appealing, too sexy, and too happy to remind her of the raucous bachelorette party when she mistook him for a stripper.

Shelby’s plan is simple: find the shooter, have a fling with Ryan, and return to her non-committal life. Unfortunately, the shooter is very elusive. Shelby’s feelings for Ryan are way more than adrenaline-fueled lust. And returning to her normal life is now impossible since, despite her lifelong resistance, she’s managed to put her heart smack dab in the line of fire.

Author Bio:
I have worked as an attorney, winery tasting room manager, and retail business owner, but nothing beats the thrill of writing humorously-ever-after romances.

I reside in New England, although I fantasize about spending the rest of my days in a tropical locale, wearing flip flops year-round, or in Regency London, scandalizing the ton.

In addition to I Do. . .or Die, I have Summer Lovin’, a contemporary romantic comedy novella, and Lord Midnight, a Regency historical, currently available. My contemporary novella, Back on Track, will release from Samhain on April 2, 2013.