Hello, friends! I’m excited to have Word Wizard L.J. Kentowski on my blog today talking about her FATE SERIES. Book #1, GUARDIAN OF FATE has already been released and book #2, SEEKER OF FATE is a short time away from its debut. I had the pleasure of reading GUARDIAN OF FATE over the summer and was sucked into the tale from the opening paragraphs. L.J. has created an intriguing cast of characters and an entire world mythology that builds and spirals to greater peaks with each sequence of events. Just when you think you have things figured out . . .

Ah, but I’m getting ahead of myself. *makes attempt to rein in rampant enthusiasm*
Let’s meet L.J. and have her tell you all about her wonderful series:

Thanks for dropping by L.J.  I’m a fan of your FATE SERIES, but I’m also a fan of L.J. :)Can you share a bit about yourself and what prompted you to begin writing?

L.J.:  Thanks so much for having me Mae! It’s truly an honor being here, as you know I’m a huge fan of you and your writing also! Me? Gosh, I feel like I should write a bit of fiction for my bio here because I’m really just your average full-time career woman, wife, and mom. Nothing too glamorous there, unless you count having to play Buzz Lightyear here and there. My writing is done when I can squeeze the time in, like many writers. A while back I started a book review blog because of my passion for books and reading. I found that I loved writing on a regular basis, and having dabbled in a writing a bit throughout my years, I picked up my pen and paper and started creating Cassie’s story. I never knew it would go as far as a full-length novel, really.

I’m so happy it did! What attracts you most to the Urban Fantasy genre?

L.J.:  There are so many things that attract me to Urban Fantasy, but mostly the world building it involves. With Urban Fantasy you have the ability to create a whole new world, like a parallel dimension with as many fantastical elements as you want to put in it. Not only that, but they usually have a strong, independent female lead, some hunky males, and some really cool bad guys 🙂 Put in some supernatural, and you’ve got an awesome ride ahead of you.

Love those elements! You’ve obviously put a lot of time and thought into crafting the world behind the FATE SERIES. There are Guardians, Seekers, Elders, a hierarchy of angles and demons, (including a chilling Lord of the Underworld) long-Standing rivalries, betrayals and more. Whew! When you started writing GUARDIAN, did you intend for it to be a series or did that happen as the story progressed?

L.J.: Guardian Of Fate is definitely packed with many levels of good and evil and I had tons of fun creating their world. I don’t think thoughts of a series entered my mind until about halfway into writing GOF. When I realized that there was just too much that needed to happen and the characters started getting more complex, I knew that it would take more than one book to wrap it all up.

I have two current novels I hope to spin into separate series, but the idea is a bit intimidating. Okay, a lot intimidating! Mostly because I’m a panster. What do you find the hardest part of writing a series given the intricate plotting and carry-over you need to do?

L.J.:  I think the hardest part is writing each book as I go and knowing that if some big idea strikes me later, I won’t have the opportunity to change what’s already happened. I guess I’m stuck that way, but so far it’s been working out. I’m somewhat of a pantser myself, except I usually need to outline the next few chapters, at least in a general sense to move forward. And usually I have somewhat of an idea of what I want to end up when the book is finished. Whether my characters play along is usually yet to be determined.

Do you have any idea how many books will follow SEEKER OF FATE in the FATE SERIES?

L.J.: The current plan is to have a trilogy. That’s as far as my ideas have gone, but that is really all up to the characters and how they act in the last book. I’ve also had ideas of spin offs jumbling around the old noggin, so we’ll see.

Tell us a bit about your lead characters – – Cassandra (Cassie) Cosgrove, Hunter and Caleb. Sometimes I feel like Cassie when she’s trapped between those two, because you keep throwing your reader curve balls. You certainly know how to keep us on our toes!

L.J.: Cassie is a total mess! She’s smart, independent, strong, and a bit sassy, but her world has just taken a ride on a supertornado so she’s also kind of lost. Not only does she need to save the lives of many others, including her loved ones, but she has to find herself and deal with who she’s become. Tack on two mysterious, and sexy men that are fighting for her and her world has become complete chaos! What can I say about Hunter and Caleb? They’re both egotistical alpha males, each with their own style…and agenda, all of which include Cassie. Believe me, they’ve all kept me on my toes too!

Do you have an expected release date for SEEKER OF FATE?

L.J.: I’m shooting for December, but that depends on beta readers, editors, and cover artists. I’m nearly complete with my first round of edits, and then it’s pretty much in the hands of others until it comes back to me for revisions. I could always hope that its already perfect as it is, but that would really be an urban fantasy 🙂

So glad to hear it’s hovering around the corner! I also can’t let this interview pass without asking you about your blog LJ Writes. You have a weekly feature called “What’s Your Take Wednesday” where visitors write a short scene to match up with a photo you select and post. It’s a quick creative writing exercise that always generates a enthusiastic response. How do you choose the photos to use?

L.J.: I’m just so glad I started WYTW. I really love reading everyone’s takes. It’s pretty awesome seeing how so many different styles and different ideas can come from the same picture. Choosing pics for it is actually very challenging for me. I know it should seem easy, but I really want to find something every week that strikes an idea, not to mention several different ideas. Usually I start with a word, phrase, or object in my head and throw that into the stock photo site I use. From there it can go anywhere, and usually does. But when I see the photo, I know it’s the one.

And now a couple of quick tidbits about L.J.  What are you currently reading on your Kindle, Nook or in print?

L.J.: City Of Glass, by Cassandra Clare. It’s book #3 in the Mortal Instruments series. I know you’ve read and loved this series, Mae. I cannot get enough of it! Each book gets better and better. I’m a junkie now.

I loved the series and it’s prequel, the INFERNAL DEVICES series. Can’t wait for the Mortal Instruements movie! Any favorite books to recommend?

L.J.: Anything by Karen Marie Moning is my top picks. Her Urban Fantasy series Fever is absolutely addicting if you like adult UF. Jeaniene Frost and Ilona Andrews are also some of my favorite writers. Oh, and if you haven’t read the Hunger Games series, go now! It’s fantastic. I know you said books, but some of these authors have so many great ones, that it’s just easier to give their names 🙂

If you could take a trip anywhere in the world, where would you go?

L.J.: I’ve always wanted to visit Australia, but Venice, Italy is a top choice too.

Both of those are on my list as well! L.J., thank you again for visiting my blog and taking the time to do an interview with me. You know I’m a FATE fan, and will definitely be in line to buy SEEKER OF FATE for my Kindle Fire. Do you have any final thoughts you’d like to share before we close?

L.J.: I know this may sound a bit preachy, but to all those people out there that think that their dreams aren’t possible, I’m here to tell you — they are. Don’t ever give up on your dreams; think about them every day and in doing so, you will inadvertently take a step in making them reality. If you’ve always wanted to write, write. If you’ve always wanted to sing, sing. Don’t worry about what others think about it in the beginning, they’ll come around once they see your dreams are coming true. And don’t be afraid to ask others for help. There are lots of great people in this world just waiting for a chance to help others.

Thank you again, Mae! I had such a blast being here, and I hope you and your readers did too. I look forward to reading your books as well!

See you around everyone!

Book blurb for GUARDIAN OF FATE

Fear of death is all too common. Visions of it chill the bones and skip heartbeats. Seeing it coming and knowing only you can rescue the soul of the victim from the fiery bowels of hell…that’s downright life-altering.

Cassandra Cosgrove’s life was altered at the age of sixteen when she found out that it was her responsibility to save the lives, and ultimately the souls, of innocent victims targeted by Hell’s demons. As impossible as it seemed at first, she was able to live a fairly normal life, while secretly fulfilling her obligation as a Guardian of Fate.

But years later Fate has its own plan when her visions begin drastically changing at the same time two mysterious men appear in her life. Cassandra suddenly finds herself caught in a battle between good and evil, with her own soul on the line. When it seems everyone in her life has a secret they’ve been hiding from her, who can she trust to be the Guardian of her Fate? 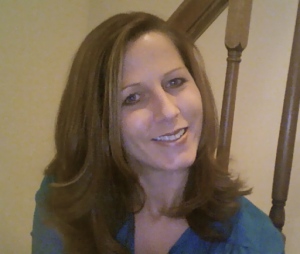 L.J. Kentowski is living in disguise as the author of her debut novel, Guardian Of Fate, working diligently on the subsequent novels in the Fate series. Her true identity as Supermom and Superwife, living in the Midwest with SuperDog must never be revealed without security clearance. Every day, after tucking in her 6yr old talking prodigy, she rips off her cape and delves into the world of angels, demons, and the in-betweens.

To find out more about L.J., GUARDIAN OF FATE, SEEKER OF FATE, and the FATE SERIES, look for her at the following haunts: